Kickstarter is allowing fans to choose which movies are being made, and Zach Braff is hoping his fans will help him with his new project. On Day 1 of his fundraising effort, he is well on his way. 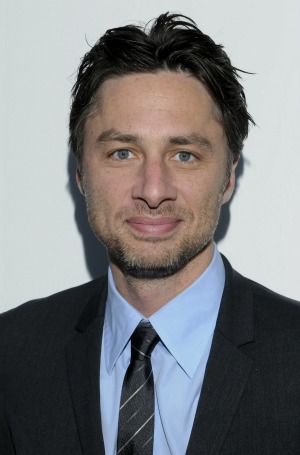 Kickstarter is changing the world of media, and this now includes movies. Veronica Mars recently took to the fundraising site to finance a film of the long-ago canceled series, and raised more than $5.7 million in just a few days.

Now actor Zach Braff is taking that idea and running with it. Braff’s directorial debut, Garden State, was released nine years ago to much critical success. According to the Los Angeles Times, the film had a budget of just $2.5 million, but brought in more than $35 million worldwide.

Even so, the actor said he is having a hard time securing funds for a follow-up to the film.

“There are money guys willing to finance the project,” Braff said in video he posted online Wednesday morning, according to the L.A. Times. “But in order to protect their investment, they’re insisting on having final cut. Also, they want to control how the film is cast.”

The film is titled Wish I Was Here, and is about a “struggling actor’s existential crisis,” the newspaper said. For fans of Garden State, it’s easy to understand how this is a follow-up to the first film that revolved around a struggling actor who went home for his mother’s funeral.

So for financing, Braff decided to go the Veronica Mars route and is attempting to raise $2 million for the project, much less than Veronica Mars’ goal. For this fundraiser, he will have to raise the money in just 30 days.

“If his campaign is successful, Braff insists it will give him the freedom to cast actors like Jim Parsons from Big Bang Theory in the role of his friend,” said the L.A. Times.

Braff may be kidding, but he is doing what he can to get people interested in funding the project.

“What if instead of your friend, [Parsons] was a sexy pool boy? And what if that sexy pool boy was played by Justin Bieber?” he asked.

Braff has more than a million Twitter followers and is very active with his fans, so if anyone can raise the money, it just might be him. The Kickstarter campaign launched April 24, and in the first few hours, almost $400,000 has been donated.

At this rate, Braff may just be able to make the movie exactly how he, and his fans, want it.