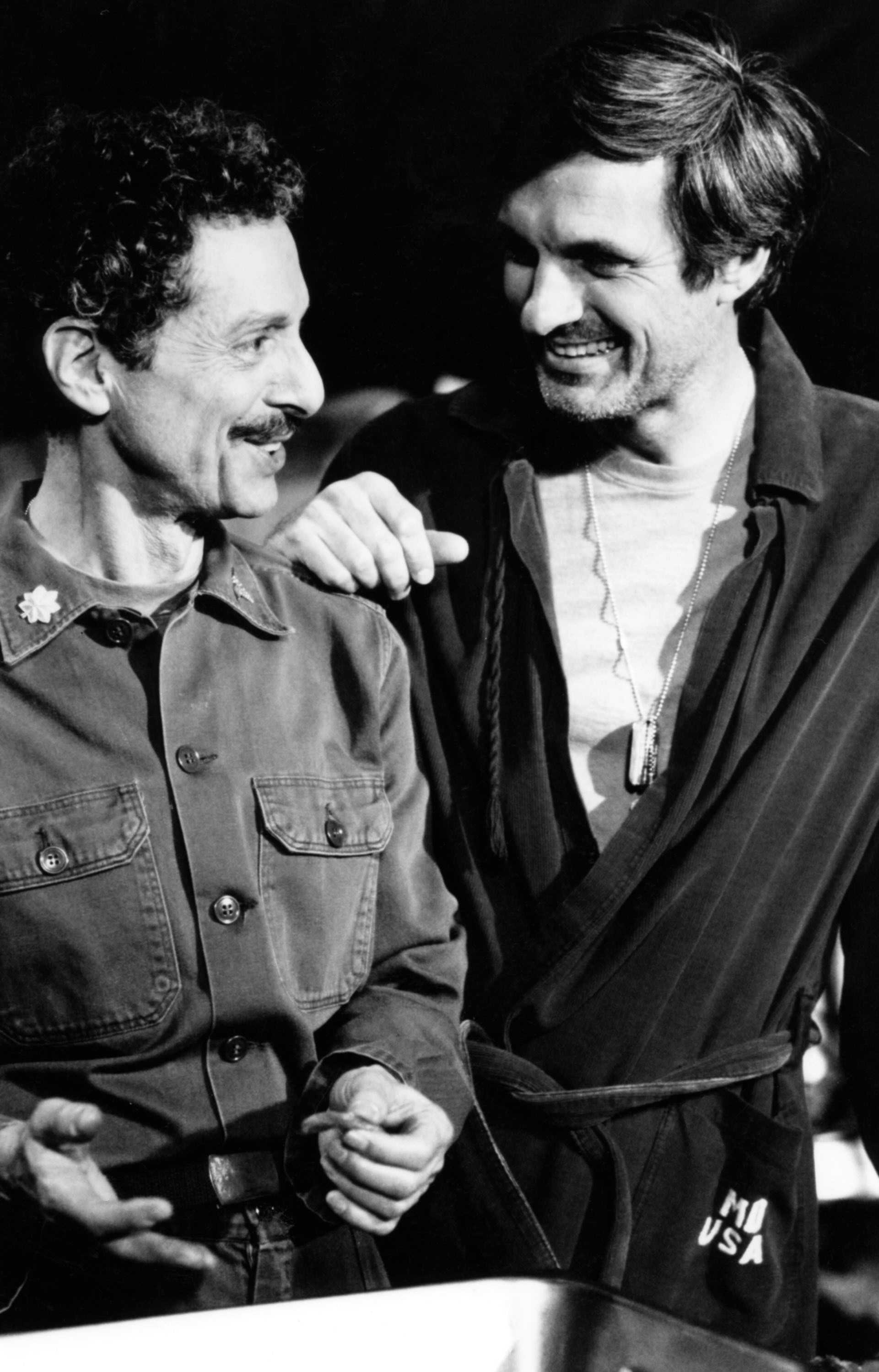 During its many years on television, M*A*S*H had a slew of guests. Even a young Patrick Swayze stopped by one time. Few guests continued to visit, though — not like Maj. Freedman.

Each time Maj. Freedman/Arbus visited, viewers knew things might get a bit dark… that the real issues of war were about to be faced. Maj. Freedman would help walk us through them.

He was a believable guide on those dark journeys, and viewers weren’t the only ones fooled. Alda told the Archive of American Television much the same thing.

“I was so convinced that he was a psychiatrist I used to sit and talk with him between scenes,” he explained. “After a couple months of that I noticed he was giving me these strange looks, like ‘How would I know the answer to that?’”

Veterans Day via the television >>

Arbus entered New York’s City College at the age of 15 but only lasted a year and a half before he left college for a job at Russek’s Department Store. It was at that very department store that he met and fell in love with the storeowners’ daughter, Diane Nemerov. The two were married in 1941.

The couple became interested in photography together and began to do fashion shoots for Russek’s. War changes everything, though, and World War II saw Arbus working as a photographer in the Army Signal Corps in Burma. It wasn’t until he was discharged that the young couple could finally open their studio. Their pictures appeared in Glamour and Vogue.

A decade after Arbus left the Army, his wife, the famed photographer Diane Arbus, ended their business partnership. She wanted to work full time on her passion for photographing marginalized people. Arbus continued to work in fashion photography, but found himself pulled further into the acting world. The couple separated in 1959 and were divorced a decade later when Arbus moved across the country to Los Angeles.

To have the latest celebrity news delivered to your inbox, join our newsletter >>

His love for acting saw him on screen for more than just the beloved M*A*S*H. Aside from a successful film career, Arbus could also be regularly found on Starsky and Hutch, Taxi, Matlock, and plenty of other shows. His last role was on the HBO series Curb Your Enthusiasm in 2000 when he played a possibly shady old uncle.

Arbus is survived by his second wife, Mariclare, as well as their daughter, Arin Arbus, and two daughters from his first marriage, Amy and Doon.