Teen Mom 2 star Jenelle Evans is in some really, really big trouble: She was just arrested for heroin possession and assault. 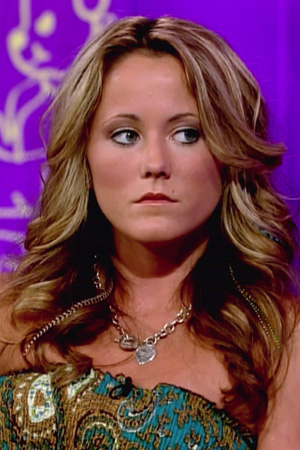 Monday night’s episode of MTV’s Teen Mom 2 showed troubled star Jenelle Evans in the beginning stages of a dangerous addiction to prescription drugs. Now, the 21-year-old is behind bars after police in Wilmington, North Carolina, caught her with 12 bindles of heroin.

According to TMZ, Evans was arrested after a fight with her on-again, off-again husband, Courtland Rogers. Rogers was also arrested for “hitting her on the neck and striking her with a closed fist on her head,” according to arrest records.

“She was physically assaulted over a period of time,” her lawyer, Dustin R.T. Sullivan, told E! News in January. “She will be a victim in the case and will be represented by the State of North Carolina.”

“I have seen her in much better spirits in the past,” Sullivan added at the time. “She seems to be very concerned about her general health and well-being. She is not upbeat at all. She is going through a very difficult time right now.”

And it looks like addiction isn’t helping things, either. However, she says she’s only addicted to dangerous relationships, not drugs — and she doesn’t need rehab.

“I simply feel as if I didn’t need to go to treatment if my problem isn’t drugs anymore, and never will be again,” she wrote on her blog in March. “I need individual counseling and therapy if anything for being addicted to relationships. I can honestly admit this about myself and can’t seem to help it unless I continue to get the help I need through therapy.”

Let’s hope she can get the help she needs.