The actress won’t be discussing her recent arrest on national television — at least not this week. 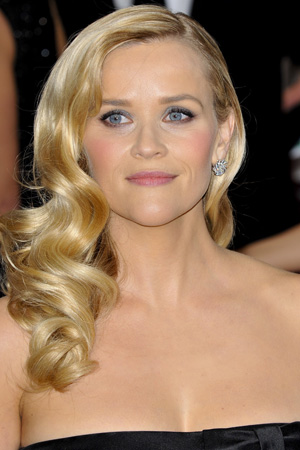 Can’t wait to hear lighthearted banter about Reese Witherspoon’s recent arrest on your favorite late-night talk show? You’ll be waiting for a while — like a long while.

Will Reese Witherspoon go to jail? >>

Witherspoon is pulling out of promotional duties for her new film, Mud, according to The Hollywood Reporter. She was slated to appear on Tuesday night’s Late Night With Jimmy Fallon, but pulled the plug after the arrest.

The Washington Post also reports that she pulled out of a scheduled Monday Good Morning America appearance.

The actress was arrested and briefly detained early Saturday morning for disorderly conduct after her husband was pulled over by Atlanta, Georgia, police for driving while intoxicated.

Basically, she didn’t listen to police instructions and pulled out the “Don’t you know who I am?” card when officers instructed her to quiet down.

“Mrs. Witherspoon asked, ‘Do you know my name?’ I answered, ‘No, I don’t need to know your name.’ I then added, ‘right now.’ Mrs. Witherspoon stated, ‘You’re about to find out who I am,'” the arresting officer wrote in his police report.

Fast forward to now: She’s sober — and completely mortified by her behavior.

“I clearly had one drink too many and I am deeply embarrassed about the things I said. It was definitely a scary situation and I was frightened for my husband, but that is no excuse,” Witherspoon said Monday. “I was disrespectful to the officer who was just doing his job. I have nothing but respect for the police and I’m very sorry for my behavior.”