Klaus isn’t long for The Vampire Diaries. The powerful hybrid is heading south. In The Originals, fans will see another side of him when he bumps heads with a new lady. 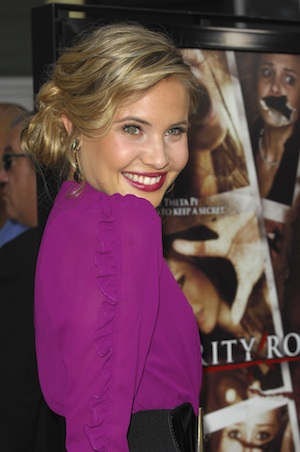 This week, The CW will air its backdoor pilot for The Vampire Diaries spin-off, The Originals. It will center on Klaus, his siblings, and their time in New Orleans.

Klaus returns to the bayou and notices a lot has changed since he left. His protégé Marcel (Charles Michael Davis) has taken over and is adored by the natives. He seems to have everything Klaus wants: Power, adoration and more importantly, love.

During the past year, we’ve watched as Klaus has tried and failed to gain Caroline’s (Candice Accola) affection. Maybe it’s time for the hybrid to move on? Cue Leah Pipes’ character Camille on The Originals.

“The Originals has been pitched as a darker, more adult show, and Camille personifies that. She’s the only human regular character that’s in the show, but she comes at it very damaged,” Morgan revealed. “The characters in Vampire Diaries, at the beginning, had experienced tragedy, but they came at it from a very innocent place. She’s coming in much more jaded, with an understanding of darkness.”

The pilot only hints at the characters’ chemistry. They don’t share a lot of screen time, but Morgan believes their scene says a lot.

“I really like working with Leah. She makes interesting choices with Julie. She’s a beautiful girl, but to me, she doesn’t look like the majority of the fans out there who watch the show, for example. They might have a slightly harder time relating to her, which is what makes her so intriguing. She’s a fantastic character.”

For those of you who are worried about Caroline, Klaus hasn’t completely forgotten about her. “They’re not going to introduce a new love interest and immediately go, ‘Hey, he’s with this girl now!’ They respect the fans enough to keep acknowledging Caroline and potentially work in some crossovers.”

See! It’s a work in progress.

The Vampire Diaries airs Thursdays at 8/7c on The CW.