Ed Helms’ Vacation has been put on hold. The upcoming reboot of the Chevy Chase film is in trouble. Behind-the-scenes drama has stopped the comedy in its tracks. 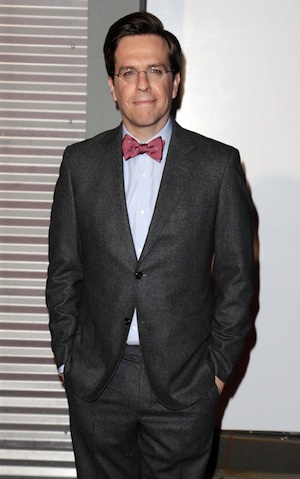 There’s trouble in paradise for New Line. The production company has halted their reboot of National Lampoon’s Vacation. The film, which stars Ed Helms, was supposed to begin shooting this summer. But according to The Hollywood Reporter, that’s not happening.

Sources say the delay is caused by old-fashioned creative differences. Some want the film to be eated R like the 1983 original, while others are pushing for PG-13. The latter would guarantee a broader audience, which means more money.

Which Hangover star is heading for another Vacation? >>

The new Vacation was written by John Francis Daley and Jonathan Goldstein, who are set to make their directorial debuts with the film. Helms and Christina Applegate are attached to headline.

Helms will play a grown-up version of Rusty Griswold, the son from the earlier movies. The character was previously played by Anthony Michael Hall, Jason Lively, Johnny Galecki, Ethan Embry and Travis Greer.

This time around, Rusty’s the dad, who along with his wife (Applegate) is taking his family on a road trip. Original stars Chevy Chase and Beverly D’Angelo are expected to make cameos.

The bad news is, we’ll have to wait a little longer for the movie. The good news is, the delay won’t last forever. It shouldn’t go beyond a few months, pushing the film to later this year.

When Vacation was released 30 years ago, it grossed $61 million domestically and spawned several sequels. The screenplay was written by the late John Hughes and was based on his short story Vacation ’58.

Are you excited for the new Vacation?