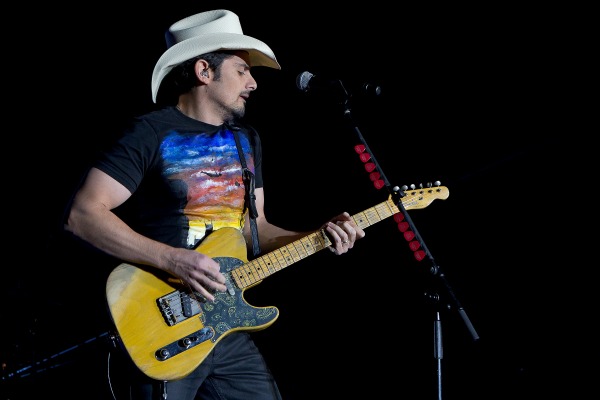 Nashville may be off for a short hiatus at the moment, but it looks like the hit ABC series is gearing up for one heck of a season finale. With just four episodes left in its first season, the show has got a lot of storylines brewing and it’s anyone’s guess right now as to which of those will boil over by the time the finale airs.

Missed the last episode of Nashville? Check out our recap >>

It looks like one thing we’ll definitely see in the season finale is more fantastic performances, including one from a real-life country star. Extra has confirmed that country star Brad Paisley will guest star as himself and perform with characters Rayna (Connie Britton) and Deacon (Charles Esten). No word yet on whether Paisley will sing one of his own songs or perform an original song for the show, but it could really go either way. Whether he sings one of his hits or an original song for Nashville, one thing is for certain: It’s going to rock.

Another fun fact about the season finale, airing May 22, is that it will also feature Brad’s wife, Kimberly Williams-Paisley, who has already made several appearances on the show. That seems to point to the fact that, even though Teddy found out Peggy’s secret, she’ll still be in his life somehow. Could this mean that Teddy will forgive Peggy and go right back to sleeping with her? I guess we’ll have to wait and see.

Want to get the latest news on Nashville? Sign up for our SheKnows newsletter! >>

Paisley and his friend, NCIS: Los Angeles star LL Cool J, recently made the news with their collaborative song called “Accidental Racist”. In the song, both artists address the very controversial subject of racism and give points of view from both sides of the situation. Both singers have defended the song and its intentions and it will be interesting to see how Paisley’s audience will view his appearance on Nashville.