Sharon Osbourne is standing by her man as she discusses Ozzy’s relapse on The Talk. 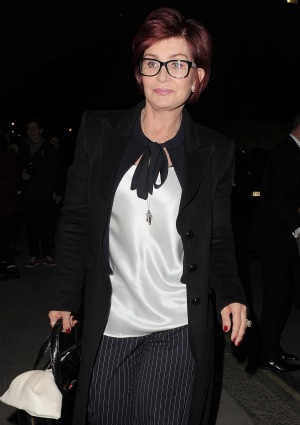 Sharon Osbourne says she is not leaving Ozzy despite his relapse into substance abuse.

The TV personality set the record straight on The Talk today, emphatically denying that she and her rock star husband are divorcing, but admitting that all is definitely not well in the Osbourne household.

“Everything that was printed… has been distorted,” Sharon said. “The only thing that was true was the Facebook posting that my husband did.”

“We’re not getting divorced. However, am I happy? No. Am I upset? Yes I am. I’m devastated right now.”

“I never knew that he was using prescription drugs. I knew he was drinking occasionally, but I didn’t realize the extent,” Sharon said. “He said he’s been using alcohol and prescription drugs for the last year and a half. And that he’s been an a** and he’s been in a very dark place. That’s true. That’s very true.”

Want more on the Osbournes? Subscribe to the SheKnows Entertainment newsletter! >>

“[Addiction is] a disease that not only hurts the person that has the disease but it hurts the family. It hurts people who love you,” she added. “We’re dealing with it. We’ve dealt with worse and this too shall pass. Otherwise, my husband will be taken to hospital to get my foot removed from his ass.”

Ozzy admitted on Facebook that he had spent the past year and a half on a downward spiral of drinking and drugs, but had been sober for 44 days as of April 15.

The Osbourne marriage has survived drug and alcohol abuse, domestic abuse, the breakup of Black Sabbath, a breast cancer scare and the dreaded reality show curse.