Will.i.am called into LA radio station KIIS-FM this morning and broke his silence over the scandal that has some people calling him a music thief. 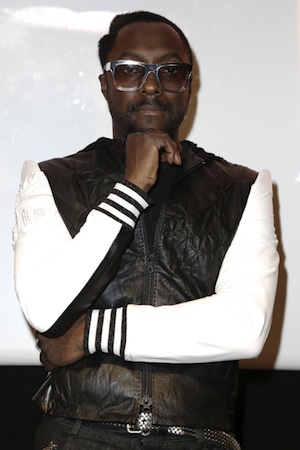 In a story that broke last week, two dance music DJs, Arty and Matt Zo, claimed that Black Eyed Pea will.i.am took their song “Rebound” without their permission, rapped over it and released it as his new single with Chris Brown entitled “Let’s Go”.

We heard Chris Brown’s response last week, which was mainly not guilty by reason that he was a guest on the track and the song was Will’s. And now, will.i.am is coming forward with his response.

Speaking to Los Angeles’ KIIS-FM radio this morning, Will explained, “Arty is a dope producer so I wrote this song to ‘Rebound’ this last year.”

OK, so he liked DJ Arty, he liked the song and wrote some lyrics over “Rebound”. No harm no foul. But then, USA Today reports Will goes on:

“I got in touch with Arty and showed it to him, did a different version to it because I asked him (to) make it newer because I don’t just want to take your song and rap over it. But in a year’s time, time’s gone by (and) we preferred writing over and using the (original) rebound. Something happened and the clearance… hopefully, we resolved the issue.”

If you recall, Matt Zo posted on his Facebook page, “We knew Will I Am [sic] was interested in this track, but we declined working with him at the time.”

So, let me get this straight. Will called Arty, played him the track, “something happened” and a year later, Will released it without permission?

Well, at least now he admits that he didn’t have permission.

There is no word yet on how or if the issue was resolved and what that resolution will be.

Come on, Will. Stealing someone else’s song? Where is the love?

So what do you think the resolution should be? A big settlement? A brand new recording studio? Front row Black Eyed Peas concert tickets for the rest of Arty and Matt Zo’s life? Let us know in the comments.