Lee Pace is about to wreak havoc on the Guardians of the Galaxy. The actor has officially joined the cast of the upcoming Marvel film.

Related story Guardians of the Galaxy's Awesome Mix Vol. 2 — the Stories Behind the Songs 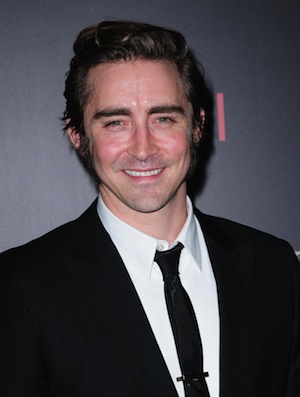 The cast of Guardians of the Galaxy continues to grow. Marvel’s filled one of the most important roles: the villain. Thus far, they’d only cast three of the five-member team: Star-Lord (Chris Pratt), Drax the Destroyer (Dave Bautista) and Gamora (Zoe Saldana).

Marvel casts WWE wrestler in Guardians of the Galaxy >>

According to The Wrap, Lee Pace is in talks to play the film’s big bad guy. What’s his character’s name? That bit of info has yet to be revealed. Either way, he’ll go toe-to-toe with the Guardians whose sole purpose is to protect the solar system from an evil alien race.

Pace’s addition is like a Hollywood fairytale. The actor was initially in the running to play Star-Lord. He was one of many desperate to fill the intergalactic leader’s shoes. When Pratt was offered the part, we thought we’d seen the last of Pace.

Luckily, the actor made a great impression on Marvel, causing them to consider him for another role. It’s been an amazing few years for Pace. He recently appeared in both critical and commercial successes.

He co-starred in the biopic Lincoln, The Twilight Saga: Breaking Dawn — Part 2 and The Hobbit trilogy. Not only that, but he also scored the lead in the upcoming AMC pilot Halt & Catch Fire. He’s come a long way from the short-lived series Pushing Daisies.

Guardians of the Galaxy is directed by James Gunn and opens in theaters Aug. 1, 2014.

What do you think of Pace playing the bad guy?