Gwyneth Paltrow’s site, goop, is up against more controversy. This time, it’s for selling string bikinis for little girls. Are the bathing suits inappropriate for young girls? 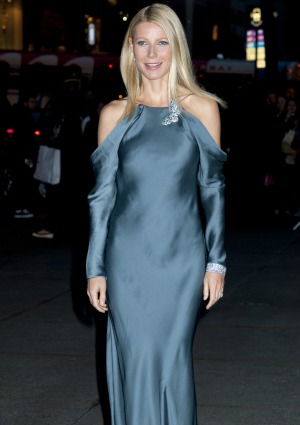 Gwyneth Paltrow cops a lot of heat for speaking her mind. Sometimes it’s about her family’s diet or her cookbook suggesting recipes with limited ingredients or her website recommending outrageously expensive fashions. This time around, her site is under fire for selling string bikinis to little girls.

Paltrow has partnered up with swimwear designer Melissa Odabash to create a line of bikinis and coverups for both kids and adults. The one bathing suit that is available for little girls is a bit skimpier than other swimsuits a mom might buy for her daughter at the Gap or Target.

While it covers all of the appropriate places, some parents might object to a string bikini on a young girl who wears a size four, six, or eight. However, the controversy doesn’t seem to be stopping shoppers since only size four and eight are currently available with the $45 price tag.

The idea of the collection is to have mom and daughter wearing matching bathing suits.

In the description, the website says, “We’ve collaborated with Melissa Odabash on several exclusive (and super cute) beachwear items for girls. Now your daughter can have a Melissa Odabash bikini too. Hers is navy with ruffles on the top and bottom, and ties on the back and sides.”

While some fashionistas might find the swimwear cute, Kidscape, an organization focused on preventing child sexual abuse and bullying, thinks differently. 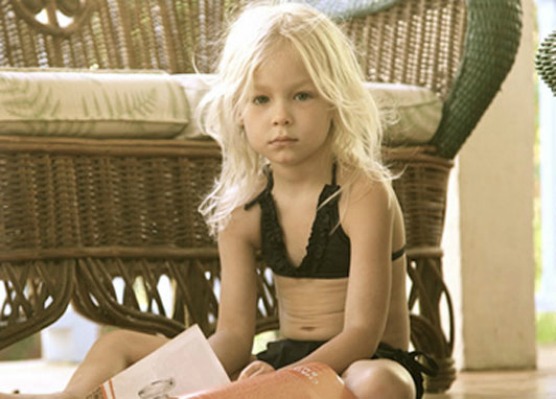 They told the Daily Mail in a statement,”We remain very opposed to the sexualisation of children and of childhood. The dangers have been discussed at length, so it is a great pity that such trends continue and that they carry celebrity endorsement.”

Are the bathing suits inappropriate for young girls?