Pain & Gain star Dwayne Johnson misses the Los Angeles premiere of his film for emergency surgery after a gruesome injury. 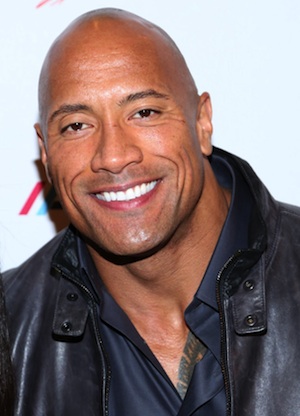 Dwayne Johnson — also known as popular WWE wrestler “The Rock” — underwent emergency surgery on Monday night. Johnson missed his Los Angeles premiere of Pain & Gain as the result of a hernia from wrestling. E! News reports that Pain & Gain director, Michael Bay, explained Dwayne’s absence on the red carpet. “Dwayne’s hurt tonight,” said Bay to E! News. “He was pushing it too hard. [He] needs to grow up and stop wrestling 300-pound men.”

The Rock let fans know of a severe injury on Sunday night — just hours before emergency surgery. “Saw my Dr who had to push my intestines back thru the tear in my abdomen. Kinda romantic” said Johnson via his Twitter account. He later tweeted, “Surgery is next week. #BringItOn.”

Just two hours ago, Dwayne Johnson let his fans know he was on the road to recovery and out of surgery. “Surgery a success! Dr repaired 3 hernial tears (fun pain). Superman is on the mend…#WeFallWeRise”. A photo of Johnson was included with the tweet which showed Dwayne flexing his major muscles in a Superman T-shirt.

Pain & Gain is set for wide release on Friday, April 26, 2013. The movie is billed as an action comedy that stars Mark Wahlberg, Dwayne Johnson and Anthony Mackie as personal trainers who — in pursuit of the American Dream — resort to criminal activities. Pain & Gain is based on a true story.