Eyebrows are being raised in Hollywood as paparazzi have been catching actress Eva Longoria spending a lot of free time with Ready for Love contestant Ernesto Arguello. Are they dating or just friends? 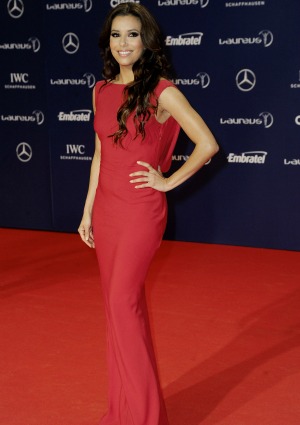 When you’re beautiful, famous and single, everyone wants to hook you up with every available bachelor in Hollywood. That’s exactly what’s happening to Eva Longoria, except they’re spreading rumors that she’s dating the single men from her now-canceled reality show, Ready for Love.

Paparazzi have been catching the Desperate Housewives star and one of the contestants, Ernesto Arguello, out and about in L.A. According to TMZ, the couple has been spotted at celeb-friendly Chateau Marmont and the private club Soho House.

So, are the two actually dating?

Longoria took to Twitter on Monday to clear up any confusion. She wrote, “Sorry @ernestoarguello is NOT dating me.”

Well, then, why is the actress spending so much time with the 33-year-old civil and architectural engineer? It turns out that Arguello is living with Longoria.

He, along with fellow Ready for Love contestant Tim Lopez, had been using her house as a crash pad while they were filming the show. Longoria has admitted in the past that she loves to have company in her big house.

Eva Longoria talks dating, dieting, and being Ready for Love >>

This might be a good explanation, but the fact that the network canceled the show late last week has continued to raise eyebrows about Arguello’s presence at her home.

The dating series only aired twice and failed to engage viewers, even though it had a strong lead-in with the singing competition show The Voice. The show was hosted by Bill and Giuliana Rancic and produced by Longoria.

NBC will begin airing the fantasy series Grimm on April 30 in the old time slot. The network hasn’t announced if they’ll air any of the remaining Ready for Love episodes later on.

Even with her show off the air, Longoria is still beautiful, famous and single.