Ben Affleck, Sophia Bush and other celebrities are planning to live on just $1.50 a day to raise awareness for global poverty. 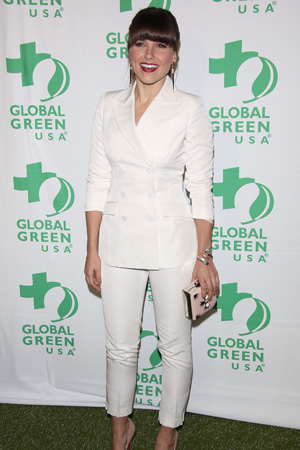 Josh Groban wants you to text for arts education >>

Now, imagine you have to live on just $1.50 a day. Impossible? Unfortunately, about 1.4 billion people on Earth suffer from extreme poverty and have to live on that amount every day — mostly because they don’t have the option not to.

Ben Affleck, post-Oscar, is happy “Hanging out with my wife” >>

That’s why celebs Ben Affleck, Sophia Bush, Josh Groban, Hunter Biden, Debi Mazar and Gabriele Corcos — in partnership with the Global Poverty Project — have pledged to live on $1.50 a day in food and drink from April 29 to May 3 to see what it’s like.

Groban is even a returning participant.

“Taking on this challenge last year was such a humbling experience for me, and I was so proud and heartened by my fans that joined me. I wanted to capture this in Below the Line, which was inspired by this experience,” the “Brave” singer said, adding that it inspired his new album.

“It’s amazing how much we take for granted not having to live in hunger, and I am honored to have been asked to help spread the word about this eye-opening campaign again this year.”

Want to make your own pledge? You can sign up on the Live Below the Line pledge site and follow along as the celebs struggle — or maybe thrive? — through the challenge.

Sophia Bush talks about Live Below the Line