Back when MTV was so new that Duran Duran was the hot new thing, these guys ruled the airwaves, and met a brand-new class of star. 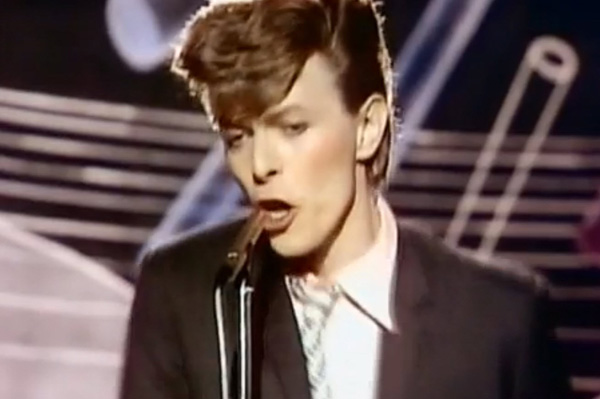 So what’s the gossip? Perhaps the juiciest bits are about Madonna, just getting her first taste of stardom in MTV‘s early days.

Former VJ Martha Quinn said she never met Madonna but: “She got lambasted recently because it was reported that her camp made the people who worked at the Toronto Film Festival look away when she was walking down the hallway. And she denied it: ‘Oh, I would never make people turn away from me, that’s outlandish, who would say that?'”

Buckwild producer slams MTV: “This will get ugly” >>

Quinn, for one: “Well, maybe it didn’t happen then, but I saw that very thing happen backstage at Live Aid: Madonna and Sean Penn were heading to the stage, surrounded by a phalanx of people, and their bodyguards told people they had to turn away. So I know for a fact she would do that.”

Alan Hunter said that he was knocked over by how serious the young Madonna was when he interviewed her backstage at a show at the Limelight in NYC: “Our interview wasn’t very long, or incisive. She was serious, though — she was focused as s***. In the middle of the backstage chaos, she told me about her album — not one extraneous word, tough but polite.”

Hunter could tell this one was going places. “She was fleshy, and her baubles looked like something she might have bought at a downtown trinket store herself. She looked self-made, not handled, but she had the air of somebody who knew that stardom was inevitable. The subtext of her attitude was ‘Alan, you have no idea how big I’m going to be. You’ll rue how you weren’t more respectful today.’ She was right; I don’t think I even stayed around for her show.”

For his part, Mark Goodman admitted to being flummoxed when an interview with David Bowie turned around on him. The Thin White Duke, then in his groovy blue-eyed soul man phase between the albums Scary Monsters and Let’s Dance, started grilling Goodman on why MTV didn’t play more music that would appeal to black teens.

“What irritated me was that I felt like a pawn. I had no say over what MTV played — I wasn’t an executive. And Bowie knew what the situation was. He knew [MTV executive] John Sykes, and he knew a lot of the other principals,” Goodman said. “He was just using me to bring this issue into the forefront. I felt like an idiot, and I felt used, and I felt insignificant to David Bowie — which I probably was, anyway.”

One final tidbit from Goodman was related to metal icon Ozzy Osbourne, then in, to put it lightly, pre-sober mode.

“Ozzy was nearly incomprehensible, but also funny and lovable, like a whacked-out uncle. In the middle of our interview, there was a power failure, and every light in the trailer went out. Sitting in total darkness but not missing a beat, Ozzy shouted, ‘Keep pedaling, Sharon!'”