What’s next for Army Wives? We think the show is working toward something major(ly depressing). 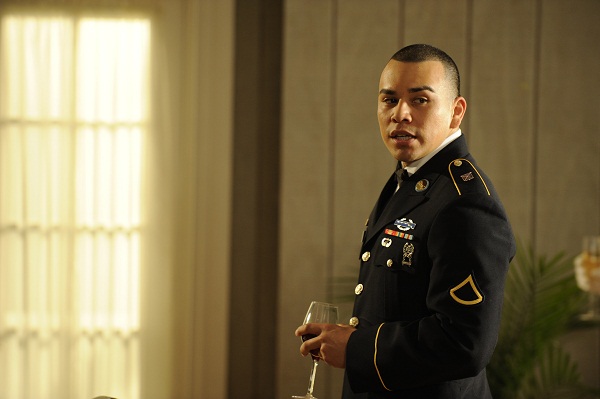 During the past seven seasons, Lifetime’s Army Wives has addressed some serious issues. From infidelity to duty to country vs. duty to family to terrorism, the wives’ lives have experienced it all and much, much more.

We watched as Trevor battled a bit of depression when his injury kept him separated from his unit. We also watched as a fellow Army wife, Mingy, battled with — and lost her life to — depression as the FRG ignored and bullied her.

Brooke Shields is an Air Force wife on Army Wives >>

The one side of depression Army Wives hasn’t fully covered is soldier suicide. It’s actually a major issue for our troops. As more and more men (and women) are sent overseas for third, fourth and fifth times, the rate of soldier suicide continues to rise at an alarming rate.

In a report released in February by the Department of Veteran Affairs, it was made known that an average of 22 soldiers commit suicide each day. Moreover, during 2012, 349 active-duty soldiers committed suicide. That’s an 11 percent rise from 2007. Scary. 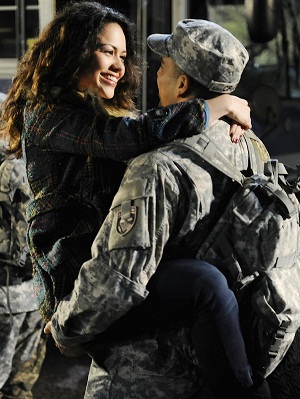 So, while Army Wives hasn’t addressed the issue yet, is the show gearing up for a major episode addressing this incredibly disturbing occurrence? We think so.

All signs point to Hector’s life coming to a tragic end. Just like any kid from a broken home, Army Wives fans have been hoping for Hector (Joseph Julian Soria) and Gloria (Alyssa Diaz) to eventually find their ways back to each other.

The divorce is final now, though. And most recently, Gloria has found herself in a relationship with a new guy. That guy? Patrick… One of Hector’s commanding officers.

With Hector trapped in a hostile environment and unable to talk with his estranged love in an attempt to fix things, we’ve seen his psyche begin to break down. He’s testy and continually seeks alone time. Now that Pat is deployed to the same tiny base as Hector, it’s only a matter of time before word gets to Hector that his ex is in love with a man who is leaps and bounds ahead of him on the chain of command. That won’t help the PFC’s morale, either.

For more gossip on TV (Army Wives and otherwise), subscribe to our newsletter! >>

The last thing we want is for anyone on Army Wives to leave us. Claudia Joy’s absence is enough. At the same time, the show has always addressed the tough, hard-to-swallow issues and soldier suicide is one it has continually ignored. Then, again, so has the vast majority of our country. Perhaps a mention from a show like Army Wives would help bring it to the forefront in everyone’s minds.

What do you think? Is the writing on the wall? Will you be glad for the exposure or do you think the subject is too touchy to address? Let us know!