Revenge is experiencing a behind-the-scenes shakeup. The show’s creator has opted to leave following the current season. 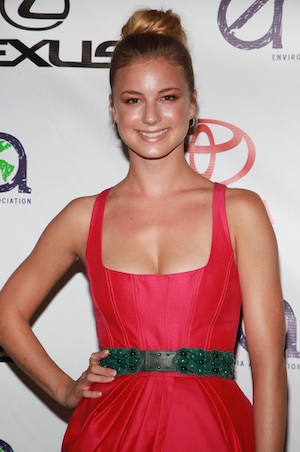 There’s a major change coming to your favorite primetime soap. ABC’s Revenge is losing its boss. Creator, writer and producer Mike Kelley has announced he’s leaving the show after the second season.

Plot twists and more shockers in Season 2 of Revenge >>

According to EW, Kelley released a formal statement confirming his exit, which was initially rumored.

“In a difficult mutual decision between myself and ABC studios, the end of my current contract will mark my final season as showrunner for Revenge,” Kelley wrote. “Helming this series has been the ride of a lifetime, and my producing partner, Melissa Loy, and I will look back on our Revenge time with deep gratitude and respect for Emily [VanCamp] and Madeleine [Stowe] and the rest of the incredible cast, our heroic crew, the dedicated and imaginative producing and writing team, and the tireless post production department… I’m excited about finishing post production on the season two finale, which I hope will stand among the best episodes of the series thus far. Continued success to all.”

The cause of Kelley’s departure could stem from creative differences. Deadline claims that he butt heads with ABC over the length of the seasons. Kelley believed Revenge would fare better with 13-episode arcs, similar to cable programming.

With the typical broadcast order of 22 episodes, there’s been an obvious lull. During Season 1, Revenge was a soapy powerhouse, but now it’s experiencing a sophomore slump. It’s not terrible but it’s not the best it could be. This is the classic example of quantity vs. quality.

Do you think Revenge should have shorter seasons?