Reality star Kendra Wilkinson suffered minor injuries after a car accident on Sunday. She headed to an LA area hospital where she was treated and released. 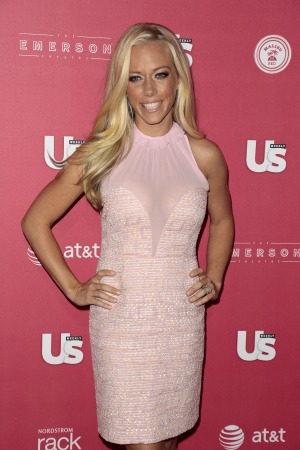 It turns out that the high diving show Splash wasn’t the scariest thing Kendra Wilkinson was going to endure this spring. The reality star was injured in a car accident on Sunday that Us Weekly sources reported left her “really sore.”

The injury occurred in Tarzana, a neighborhood of Los Angeles. There is no word on how the accident happened, but the 27-year-old immediately went to Providence Tarzana Medical Center after the crash.

Her injuries were not serious, but she was “in shock” according to the magazine. She fortunately did not break any bones and she was discharged after the morning accident.

Wilkinson tweeted to her followers on Monday after the news leaked about the accident.

She wrote, “Thank you for all well wishes. Just really reminded me how fragile life really is and how important love really is.”

The former star of The Girls Next Door recently quit the ABC high dive show over fear of injuring herself due to the tremendous heights they were required to dive from. The show’s stars have endured a series of accidents, including former Baywatch star Nicole Eggert bruising her back and kidneys late last week.

Her injuries — in addition to comedian Louie Anderson’s bruised rib and extreme sport star Rory Bushfeld’s ruptured eardrum, Chuy Bravo’s fractured heel bone and Katherine Webb‘s back injury — make for a very dangerous show. Wilkinson may have made a wise decision to leave the show.

The good news is that the former Playboy model is going to be OK and she escaped without serious injury.