Porsha Stewart’s divorce from Kordell Stewart is rife with shocking details. Did you know the pair are still living together to this day? The Real Housewives of Atlanta lady has revealed that tidbit and more! 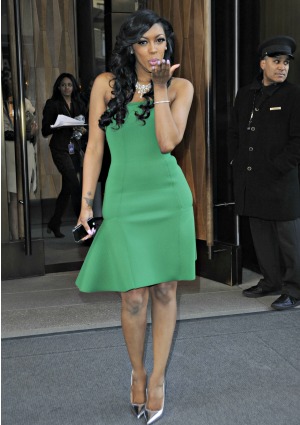 Porsha Stewart’s divorce from Kordell Stewart was the prime source of juicy details during the Real Housewives of Atlanta star’s recent visit to Watch What Happens Live.

Stating she was “totally blindsided” by her NFL quarterback husband filing for separation, Porsha Stewart explained, “When I found out about the divorce, it was absolutely a surprise.”

Elaborating on the details of how she found out their two-year marriage was being dissolved, she continued, “I was laying in the bed and I tweeted, ‘Today is the first day of the rest of your life.’ I put the phone down and took a little nap and I looked back at my phone and my sister was calling me over and over. She said, ‘Have you heard?’ and I’m like ‘Heard what?'”

Though Porsha Stewart didn’t yet know she was getting divorced, Twitter users did. The news was everywhere.

“Long story short, I was very disappointed and let down. When I got married, I meant it for life. I always said I’d never get a divorce unless he cheated on me or something like that,” the beauty, seen here blowing a kiss on Apr. 3, explained.

“I was heartbroken. Like I am still right now. I’m a brave woman and I know I’m living this out in front of the world because of the way it was done.”

Kordell Stewart divorce: Will Porsha be left with nothing? >>

Surprisingly, despite all the drama about the divorce news, the Stewarts continue to reside under the same roof!

“It’s a difficult, difficult situation right now. It’s something I did not want at all,” she said, admitting they are currently cohabitating — though she’s cut him off from her cooking!

Porsha Stewart added of their arrangement, “I didn’t say we speak and I didn’t say I’m cookin’. Ain’t no eggs and bacon and ham hocks no mo’.”

Are you surprised by Porsha and Kordell Stewart’s divorce details?