A violent black comedy goes up against a sex farce this weekend at the box office. While both provide plenty of laughs, which one should you see? Tough call! 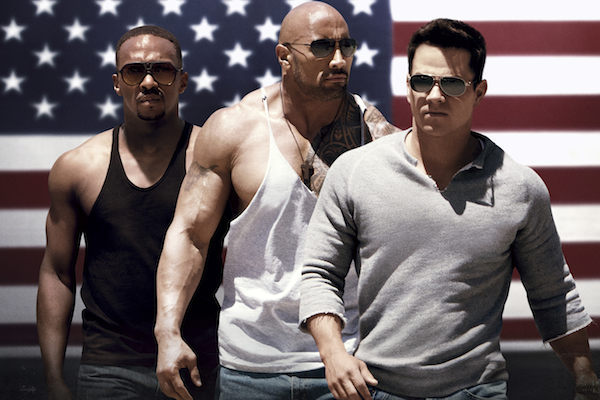 Mark Wahlberg and Dwayne Johnson play juiced up muscle heads in this very dark comedy based on a true story that involves a double homicide.

These three dopey yet buff men organize the world’s most foolish kidnapping and nearly get away with it despite their severe lack of good judgment.

The laughs are solid through this film as the body builders make one ridiculous mistake after another. The tone and violence can be tricky however, think The Three Stooges meets 60 Minutes.

Barbara VanDenburgh of the Arizona Republic said, “There’s a certain kinetic charm to the first half of the movie, a freewheeling silliness to these outsized characters that makes you curious to see just how wrong things will go.”

Ciara LaVelle of The Village Voice said, “When the story runs off the rails and crashes headfirst into a too-perfect ending, it’s because [director] Bay was led astray by the same things that got the Sun Gym Gang into this mess in the first place: superficiality, ambition, and the belief that reality just isn’t good enough.” 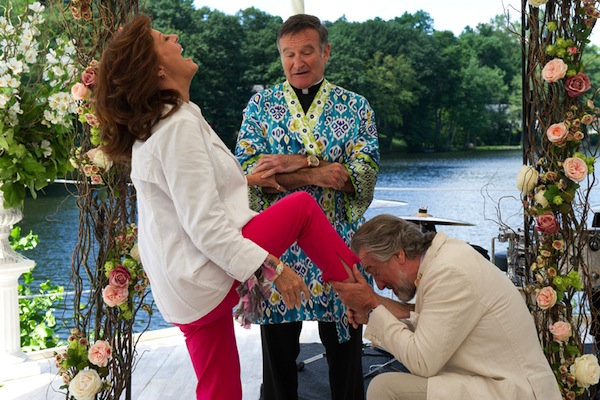 Meanwhile, Robin Williams as a priest creates possibly the funniest confessional ever seen in a movie.

Though there isn’t anything terribly new in this film, it is laugh-out-loud funny. Not all the critics agree, however.

Moira Macdonald of The Seattle Times said, “Nobody in this story behaves in a believable way — which might be acceptable if they were funny, but they’re not.”

Betsy Sharkey of The Los Angeles Times said, “To be fair, there are moments that earn their laughs and nostalgic memories for the marriage that was and the relationship that is that are sweet. But like many big weddings — a lot of things go wrong and not much goes right.”

Claudia Puig of USA Today said, “It might take a glass of champagne or two to get through The Big Wedding.”

The SheKnows movie winner of the week is The Big Wedding for its big laughs and dysfunctional shenanigans.