Reese Witherspoon is now sober and totally sorry for obstructing officers during Jim Toth’s DUI arrest. The big question: What kind of punishment will she face for her disorderly conduct charge? 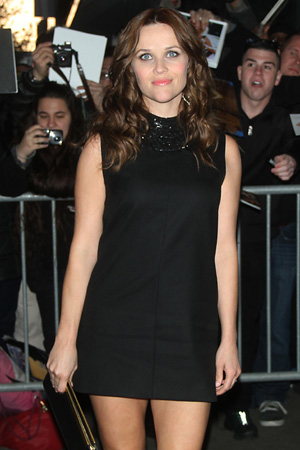 Reese Witherspoon had quite the weekend. The actress — currently filming The Good Lie in Atlanta — was arrested and briefly detained early Saturday morning for disorderly conduct.

The whole thing went down after her husband, Jim Toth, was pulled over by Atlanta police for driving while intoxicated. The Creative Artists Agency agent had a blood alcohol level of .139, according to police reports.

Toth reportedly complied with police commands, but his wife didn’t — she repeatedly ignored the officer’s instructions and questioned his police credentials.

“Mrs. Witherspoon began to hang out the window and say that she did not believe that I was a real police officer,” according to the official report. “I told Mrs. Witherspoon to sit on her butt and be quiet.”

She then tried to use her fame to get out of trouble.

“Mrs. Witherspoon asked, ‘Do you know my name?’ I answered, ‘No, I don’t need to know your name.’ I then added, ‘right now.’ Mrs. Witherspoon stated, ‘You’re about to find out who I am,'” the officer added in his report.

Celebs without makeup: Do you recognize them? >>

The big question now: What kind of punishment does the Oscar-winning actress face?

“Disorderly conduct is usually a minor charge, and for someone like Reese Witherspoon, the case will be resolved rather quickly with a token resolution,” lawyer Kevin Sali from Angeli Law Group told SheKnows. “If anything, she will receive community service. With a very minor charge under the circumstances that were present, it is almost certain she will not face jail time.”

As for Toth? He’s in bigger trouble. A first-time DUI charge in Georgia carries a mandatory punishment of 24 hours in jail, 40 hours of community service, fines ranging from $300 to $1,000 (depending on the judge) and a special DUI course to reinstate the offender’s license.

We think the embarrassment is probably the worst punishment of all.

“I clearly had one drink too many and I am deeply embarrassed about the things I said. It was definitely a scary situation and I was frightened for my husband, but that is no excuse,” Witherspoon said in an official statement. “I was disrespectful to the officer who was just doing his job. I have nothing but respect for the police and I’m very sorry for my behavior.”

And Toth is pretty embarrassed that he put his wife in the situation in the first place.

“[The arrest is] just going to make the two of them stop and pause, and think about maybe how much Jim’s drinking plays a role in their lives — if it does or not,” a source told People.

“No one would be surprised if Jim goes to rehab,” another source added.