Amazon brings comedy and Bill Murray to a computer near you. 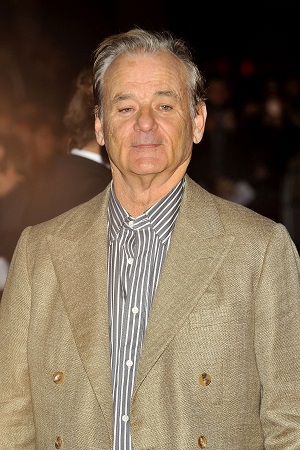 Do you want a chance to choose which shows deserve a full season and which ones should stop at the pilot?

If you’ve ever scoffed at that ridiculous comedy that has somehow managed to suffer through multiple seasons or sighed at another predictable drama plot, knowing that you could write a better show; if you’ve ever groaned when a network canceled a legitimately awesome show that was just in need of a better time slot; if you’ve ever longed for more Bill Murray or John Goodman… no matter what your beef is with TV, you’ve at some point wished you had control over what made its way into your life. Now, Amazon is giving you just such a chance. Their first round of Amazon-funded pilots is now available to view for free.

What are we talking about? A while back, Amazon set up a website for possible television-makers to pitch their original series ideas. The best few were given small grants so they could make their very first episodes. After months of hard work, the finished products are available to watch. At the end of their preview runs, the show with the most votes will be granted the chance to create a full series and become Amazon’s first “Amazon Original Pilots.” Once the full series is available, it probably won’t be free. So, check out the first episodes while you can.

There are 14 contenders, six of which are kid’s programming. The other eight are comedies and many of them have some pretty big names attached to them. Perhaps the most talked-about show is the series hopeful Zombieland, which picks up right where the movie left off and is created and produced by the original Zombieland creators. We’ve watched the first episode and we can promise that, even without the original cast, the show is pretty good. While there aren’t any appearances from an undead Bill Murray in this version of Zombieland, you can find him elsewhere in the pilots. Alpha House, lauded by many as the best of the pilots, stars not only Bill Murray but also John Goodman. The show follows a group of senators who live in a house together. If Animal House and West Wing had a baby, it would be Alpha House.

Check out Hemlock Grove on Netflix >>

These shows might have some big-name backers and stars, but viewers get the final decision on what stays and what goes. So head on over to Amazon to watch and vote.