It’s been almost 20 years since Michael Bay’s Armageddon hit theaters. The movie holds a special place in the director’s heart, but for all the wrong reasons. Bay recently spoke about the behind the scenes drama that nearly ruined the film. 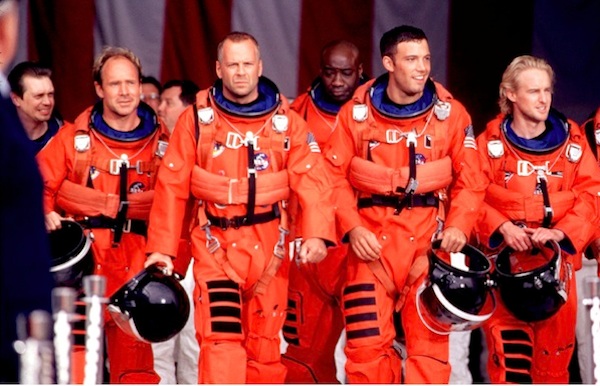 Who knew Michael Bay was so remorseful about Armageddon? Among his credits, we don’t consider the 1998 film his worst offense. We’d throw Transformers: Revenge of the Fallen under the bus first. But in a recent interview with the Miami Herald, Bay revealed his Armageddon regrets.

The director was promoting his latest film, Pain & Gain, when the conversation took an unexpected turn. Bay was asked about his “hyperkinetic editing” style, which is missing from Pain & Gain. Apparently, this opened 15-year-old wounds stemming from Armageddon.

“I will apologize for Armageddon, because we had to do the whole movie in 16 weeks,” Bay says. “It was a massive undertaking. That was not fair to the movie. I would redo the entire third act if I could. But the studio literally took the movie away from us. It was terrible. My visual effects supervisor had a nervous breakdown, so I had to be in charge of that. I called James Cameron and asked ‘What do you do when you’re doing all the effects yourself?’ But the movie did fine.”

Armageddon wasn’t perfect by a long shot, but we’ve seen worse. The film grossed over $553 million worldwide, had a number-one song (Aerosmith’s “I Don’t Want to Miss a Thing”) and the star power of Bruce Willis and a young Ben Affleck. Plus, how many of us cried during Willis’ final scene?

Do you accept Bay’s apology? Do you think Armageddon was that bad?