While shopping at a trendy Los Angeles clothing boutique, Tara Reid asked for a discount because of her fame. The store refused. Tara blew up. 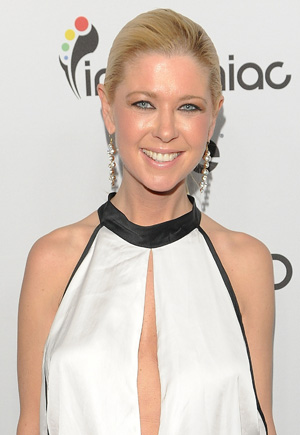 Gimme my discount! That’s what the New York Post says that Tara Reid was demanding last week in a Los Angeles clothing store. When she was refused, she threw such a loud hissy fit that she was ejected.

The American Pie star was picking out an outfit for the Coachella music festival, the Post reports, at Los Angeles clothing boutique All Saints when things went awry.

Tara Reid says her marriage was a fake >>

She “demanded a discount,” a spy told the Post. When the store told her no, Reid insisted that she deserved a discount “because of her fame,” the source continued. Reid then “began to scream at them and was escorted out.”

Wow! The Post contacted Reid’s people for comment and they sure got it: “Tara gets a huge discount with All Saints in the U.K. and Paris because she’s a walking billboard for them,” a representative for the star told Page Six. “She gets photographed… so they give her huge hookups. We told them we get a discount, and they said they’d email the press team.”

So apparently, Reid toddled off to the dressing room while the store’s hapless personnel emailed some media person, somewhere to ask who this crazy lady was and if they could get her a percentage off to make the whole problem go away. Nopers, said whoever emailed back.

A salesperson approached Reid in the dressing room to tell her she’d been denied: “Tara didn’t think it made sense and asked them to check again,” the rep told the Post.

“The store offered to hold Reid’s items for her, according to the rep, and Tara left empty-handed, on her own steam,” the Post wrote.

The Post’s spy said that Reid seemed drunk; the rep denied it.

“She was definitely not drunk. People love to say Tara’s hammered and this and that… whoever is saying that is not on Team Tara.”