Reese Witherspoon has issued a mea culpa for her bad girl behavior after getting arrested with her husband Jim Toth over the weekend. 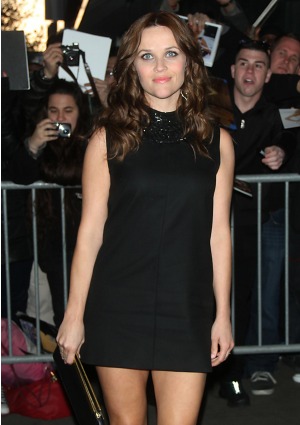 Hollywood good girl gone bad Reese Witherspoon is “embarrassed” by her own awful behavior while in the midst of her husband’s DUI arrest — behavior so bratty it landed her in handcuffs, too.

The Legally Blonde star was arrested for disorderly conduct after interfering with husband Jim Toth’s DUI arrest in Atlanta, Georgia, on Friday night. Witherspoon threw out the ol’ “Don’t you know who I am?” line and kept getting out of the car despite being told by police to stay put.

Today, with a clear (and sobered up) mind, the actress is seeing things a little differently.

“Out of respect for the ongoing legal situation, I cannot comment on everything that is being reported right now. But I do want to say, I clearly had one drink too many and I am deeply embarrassed about the things I said,” she said in a statement through her publicist.

Stay up to date on all the legal wranglings of your fave celebs with the SheKnows Entertainment newsletter! >>

“It was definitely a scary situation and I was frightened for my husband, but that is no excuse. I was disrespectful to the officer who was just doing his job. The words I used that night definitely do not reflect who I am. I have nothing but respect for the police and I’m very sorry for my behavior.”

Forty-two-year-old Toth, who Witherspoon married in 2011, is facing a DUI charge after Atlanta police spotted him driving in the wrong lane. They were both released on bond while pending a court appearance.

The arrest hasn’t put the pair in hiding. Witherspoon was her usual perky self at the premiere of her new flick Mud, co-starring Matthew McConaughey, on Sunday night with Toth by her side.