Gleeks everywhere rejoice. Fox has renewed Glee for two more seasons. Plus, some other faves will return as well! 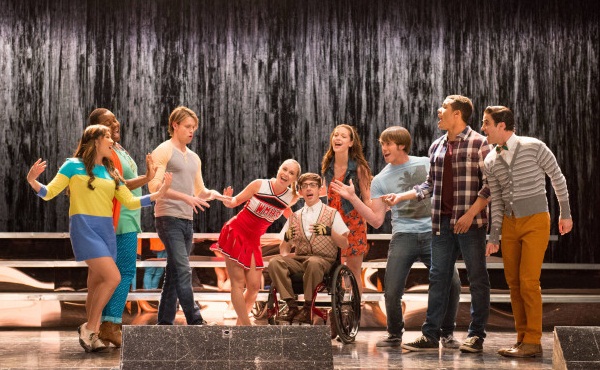 Hey, Gleeks! We’ve got big news for you. Your favorite musical dramedy has been renewed. And not just for the fifth season. Fox has renewed the show for both Seasons 5 and 6. Awesome!

After show staples like Kurt, Rachel and Finn graduated, many fans weren’t sure where the show could go. The answer, of course, was New York City. The fourth season of Glee has successfully showed graduates without jumping the shark by bouncing between Ohio and New York… sometimes mid-song.

As for the unusual two-at-once renewal, The Hollywood Reporter said it’s been a possibility for quite a while, actually. It reported that Fox entertainment chairman Kevin Reilly spoke to the press months ago, saying, “We’re going to negotiate now for the fifth season and beyond.”

It’s no wonder Fox is so interested in keeping the gang on the air. Glee has proven to be a major moneymaker for the network. The show, which has always focused on issues such as sexuality and bullying, has only continued to grow deeper. Most recently, the show featured a school shooting and its aftereffects. It seems like no controversy is too big for the Glee crew and no drama has been treated too insensitively to warrant any major uproar against the musical. (Though the school shooting caused a bit of a stink!)

When you add in Glee‘s albums and single releases, it’s obvious why Fox keeps the show around. Glee definitely helps pay the bills.

TV matchups: Who should Quinn really be with? >>

Glee isn’t the only show Fox recently renewed. Joining Glee on the 2013-2014 schedule is newbie The Following, Bones (an oldie-but-goodie), The Mindy Project, New Girl and Raising Hope. You can also expect more Family Guy, American Dad, Bob’s Burgers and The Simpsons.

Sounds like Fox had a pretty successful year. Are you excited for the dual-renewal, or do you think the show should have ended when Rach and the gang graduated? Sound off!

Want renewal news delivered straight to your inbox? We’ve got a newsletter for that! >>