What do Joan’s confidence and Don’s marriage have in common? They’re both in serious trouble. 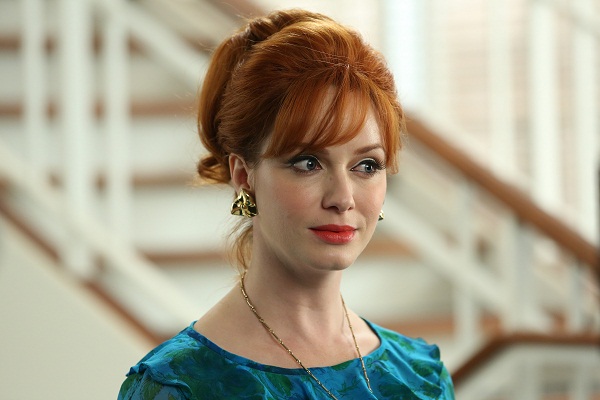 Everyone lost something this week. Big or small, we saw our mad men (and women) lose bits and pieces of themselves and their lives.

Poor Joanie. When her friend shows up and swoons over the life Joan (Christina Hendricks) has made for herself, she’s feeling pretty good. However, when she (rightfully!) tries to fire Harry’s secretary, he bursts into a partners’ meeting and pretty much questions her very existence. And he makes sure to remind her of what she did to earn her seat at the partners’ table. Later, she’s so down on herself, she ends up making out with some loser at a club. The whole thing is so not Joan’s style, but Harry really kicked her confidence in the toosh.

So what was his beef? After landing a pretty big deal, he came back to the office to find out that Joan had canned his secretary. The bimbo had ducked out for the day and whimpered her way into having Dawn clock her out on time, but Joan figured it out. A hissy fit from Joan and Harry’s secretary ensued and Joan fired her. Only to have Harry drag her back in, accuse Joan of being territorial and petty and telling his secretary to get back to work. Then, when Joan was in the partners’ meeting, Harry assumed they were talking about him and barged in. He was incredibly cruel to Joan and told the other partners he expected to be sitting at the table for the next meeting. Instead, Mr. Cooper and Roger gave him his part of the earnings from the big deal and then sent him on his way. Honestly, after that outburst, he should have been fired. No one messes with Red. 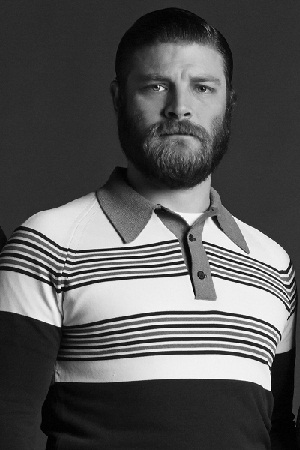 Last time we saw SDCP, they were trying to figure out how to score Heinz Ketchup (represented by Remember the Titans‘ Kip Pardue!) without losing Heinz Beans. While Peggy (Elisabeth Moss) was having a late night chat with Stan, he told her of the dilemma. To her defense, it seems like SDCP were out of the running for Ketchup, so when her boss told her to jump on it (even when she didn’t particularly want to), it shouldn’t have been the end of the world. The gang would have never known except directly after their pitch to Ketchup, they ran into Peggy and her new team, who were also there to pitch an ad. Peggy’s firm ended up getting the gig and they all ended up at the same restaurant as the SDCP team. The maneuver earned a defiant middle finger from Stan.

Such a bummer, too! I’m still rooting for some serious Peggy/Stan action.

Don’s little wifey/actress finally landed herself a bigger role on TV and her bosses invited Megan (Jessica Pare) and Don (Jon Hamm) out for dinner. Then they went on to invite them back to their apartment to smoke some grass and have some fun. Surprisingly enough, our studly ad man actually declined the offer. I guess Megan’s co-star wasn’t his type. (Though she looked a lot like Sylvia, so I’m not sure what the problem was.) Later, after months of not visiting Megan on-set, Don decides to show up to see her film a love scene with her co-star. Instead of being understanding, Megan has a hissy fit and the two get into it in her dressing room. Don tells her to go hang out with her boss and his wife and leave her.

Keep up with Mad Men by joining our newsletter! >>

Despite the “aloneness” theme we’ve seen surrounding Don throughout this season, we don’t leave him alone this time. Instead, we leave him with Sylvia.

As our gang saw plenty of things slip through their grip, did anyone gain anything? Well, Dawn earned the keys and control over the supply room and the time cards. Poor Dawn.