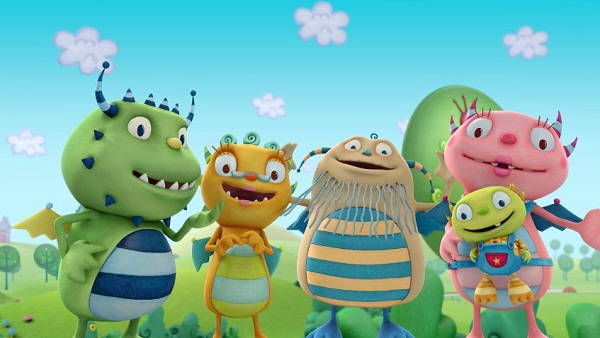 Spice Girl (of the Ginger variety) Geri Halliwell will be appearing (and singing) on Monday’s all-new episode of Henry Hugglemonster, but not as her usual gorgeous, ginger self. Instead, she’ll be voicing the part of Isabella Roarsome — a pretty, purple pop princess-monster. In the episode, Isabella is there for a concert and holds a competition to have the best singer perform with her on stage at the show. Henry’s sister, Summer, is just dying to sing beside her idol and has trained her singing voice to sound just like Isabella’s.

There’s just one problem: There can be only one Isabella! Isabella doesn’t want a copycat for a duet partner; she wants someone who can be unique and the perfect complement to Ms. Roarsome. Henry knows what his sister is capable of, though, and he pushes Summer to be herself at the mic. That’s exactly what Summer does, too. In the end, she lands a spot onstage alongside her idol. Plus, she learns a very important lesson: It’s always best to be yourself!

That time Tori Spelling was a pirate princess >>

If you haven’t met Henry yet, here’s a Disney Junior trailer! 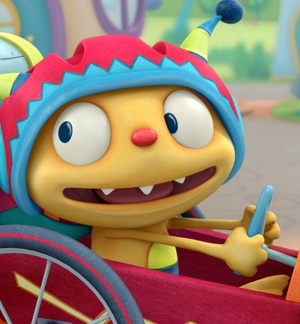 Disney Junior, which is big on bright colors and fun tunes, always finds ways to incorporate life lessons into its shows. Those same lessons can be found on its newest show, Henry Hugglemonster. Henry is the middle brother in a family of five bright, kind monsters. Each episode will find Henry and his siblings learning to navigate issues that preschoolers and kindergarteners face on a regular basis. Throughout the first season, Henry will learn about sharing, teamwork, what it means to be part of a family and tons more. Everything is illustrated with simple allegories and in Disney Junior’s signature bright and bold color schemes. And, yeah, you should expect a song from time to time, as well.

We know not all our SheKnows readers have kiddos. But if you do, we definitely recommend spending a little time with our long-lost Spice Girl and her roarsome friends!