Former Fugees singer Lauryn Hill is not only facing jail time over her tax fraud case, she’s now facing eviction after failing to pay her rent. 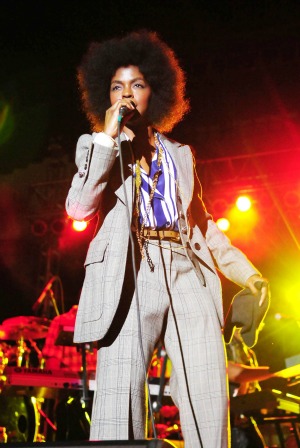 Singer Lauryn Hill and trouble have become synonymous with each other. Her tax problems have been well-documented over the last year and now, she’s facing eviction.

The former Fugees lead singer has found herself on the verge of losing her South Orange, New Jersey home after failing to pay her rent beginning last month. According to TMZ, who was first to report the news, her landlord headed to court to get her to pay her rent or leave.

The Grammy Award-winning artist has been in the rented mansion since 2009, but her tax issues with the IRS have overshadowed her legendary career. She is expected to be sentenced to a possible jail term after pleading guilty to tax fraud in June 2012.

She now faces jail time and fines for failing to file returns for the years 2005-2007, when she earned approximately $1.8 million. This week, she asked for leniency in her sentencing. She believes that receiving probation only would allow her to get back to work and pay off her tax bill sooner.

According to court documents, Hill’s excuse for not paying her taxes was because she “withdrew from society at large due to what she perceived as manipulation and very real threats to herself and her family.”

Lauryn Hill sued for being a belligerent diva >>

The singer took to her Tumblr page last year to explain her side of the story.

She wrote, “For the past several years, I have remained what others would consider underground. I did this in order to build a community of people, like-minded in their desire for freedom and the right to pursue their goals and lives without being manipulated and controlled by a media protected military industrial complex with a completely different agenda.”

Unfortunately, the courts and the IRS didn’t see it that way, and now it appears her landlord wants her to pay up, too.