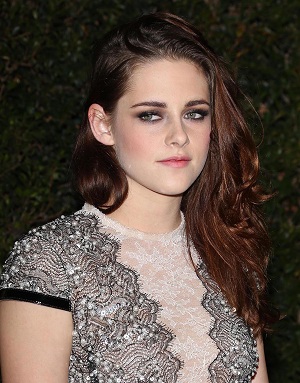 It was announced on Friday that a sequel for the animated hit The Croods is already in the works. It’s still unclear whether or not the film’s original stars Nicholas Cage, Ryan Reynolds and Emma Stone will be reprising their roles for the follow-up.

It’s no surprise that DreamWorks has jumped at the chance to develop a sequel. Released late last month, the film has already earned $388 million globally.

Jason Sudeikis and Rose Byrne have signed on to star in the romantic comedy Tumbledown. The plot centers on a young widow who falls in love with a New York-based writer.

The in-demand Sudeikis is set to film a sequel to the 2011 hit Horrible Bosses and will soon appear alongside Charlie Day in the comedy One Night on the Hudson. The Saturday Night Live star is currently filming We’re the Millers with Jennifer Aniston.

Charlie Day and Jason Sudeikis to star in new comedy >>

Rose Byrne made the leap to comedy in 2010 when she starred in the mega-hit Bridesmaids, opposite Kristen Wiig and Maya Rudolph. This summer, the actress will be seen in the horror sequel Insidious: Chapter 2 opposite Patrick Wilson.

David Cronenberg’s Maps to the Stars is kicking into high gear. The film, which offers a glimpse of celebrity-obsessed Los Angles, already has Robert Pattinson attached to star. This week, it was reported that Julianne Moore, John Cusack and Sarah Gadon have also joined the cast.

The film marks Pattinson’s second collaboration with Cronenberg. The two previously teamed for the bizarre 2012 drama Cosmopolis. Gadon has already worked with the director on films like A Dangerous Method.

The film will begin production in July.

Kristen Stewart has dropped out of the upcoming crime comedy Focus. The Twilight sensation was initially slated to appear alongside Ben Affleck in the film, but he eventually dropped out due to scheduling conflicts. Rumors have surfaced that Will Smith is circling Affleck’s role.

The film centers on an older male con artist showing a young woman the tricks of the trade.

Glenn Ficarra and John Requa, who helmed Crazy, Stupid Love, are slated to direct the project.

Stephen Lang, who is best known for his role in Avatar, is set to star in The Dragon Angel. The actor will take on two roles in the China-set period piece, including an 1860s French colonist and a modern-day chauffeur who resides in Beijing.

The adventure film will begin shooting at the end of the year.

Whoa! Keanu Reeves may be making a major comeback. The star, who rose to fame in the ’90s after appearing in hits like Speed and The Matrix, has signed on to star in Passengers.

The sci-fi film is being directed by Brian Kirk, who has directed episodes of HBO hits like Boardwalk Empire and Game of Thrones.

Later this year, Reeves will appear in 47 Ronin. He’s also set to release his directorial debut Man of Tai Chi.