It was a ferocious battle, but it seems Kris Humphries is going out with a whimper rather than a bang in his split from Kim Kardashian. 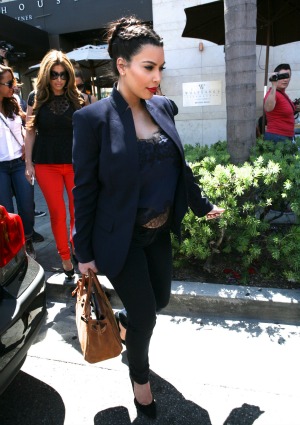 It was a 536-day fight to end a marriage that lasted only 72 days, and Kim Kardashian has finally emerged victorious. The reality star has reportedly reached a divorce settlement with estranged husband Kris Humphries — and he is getting exactly nothing he wanted.

The basketball star was seeking an annulment on the grounds of fraud, accusing Kardashian of staging their entire relationship and wedding for nothing more than ratings and cash — a charge she steadfastly denied, knowing that caving to his demands would ruin her brand image.

Sources tell TMZ that Humphries started giving up when it became clear there was little evidence of fraud and that Kardashian will be getting the divorce she wanted — not an annulment.

Kardashian’s ex was demanding a reported $7 million despite the couple having an ironclad prenup that stated he would get nothing in the case of a split. If the case had gone to trial and Kardashian won, she would have asked the judge to make him pay her legal fees — estimated at $500,000.

Keep up wtih the Kardashians — subscribe to the SheKnows Entertainment newsletter! >>

Humphries appeared to know his case was quickly going downhill when he failed to appear at a mandatory court date last week. Sources say he will not be in court today either, as he is with his team prepping for the NBA playoffs. Kind of a big deal, as the judge expected him to be there when he fines the baller for not showing up last time.

The details of the settlement are as-of-yet unknown but are expected to be announced in court later today.

Kardashian is six months pregnant with rapper Kanye West‘s baby. Happily for her, it appears she will not still be married when she gives birth after all.