The father of the one surviving Boston bombing suspect tells the media that “all hell will break loose” if his remaining son is killed. 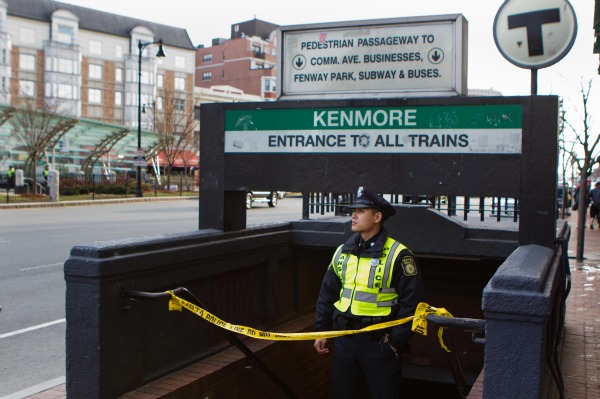 Boston and the surrounding areas are on lockdown today as one of two Boston Marathon bombing suspects is on the run. In a haunting plea and warning, the father of Dzhokhar Tsarnaev, suspected to be the one surviving bomber, wants his son to surrender peacefully but hints of worse violence if he is killed.

Anzor Tsarnaev spoke to ABC news from the Russian city of Makhachkala as police and federal agents closed in on his 19-year-old son. Older son Tamerlan Tsarnaev has been killed in a shootout with authorities.

Insisting the two are innocent, the elder Tsarnaev implored Dzhokhar, “Give up. Give up. You have a bright future ahead of you. Come home to Russia.”

He then added an ominous warning: “If they killed him, then all hell would break loose.”

He also said he spoke with his sons earlier in the week and was given no indication of their involvement in the tragic bombings, which killed three people and injured 183.

“My son is a true angel,” he said. “Dzhokhar is a second-year medical student in the U.S. He is such an intelligent boy. We expected him to come on holidays here.”

Both brothers were legal residents of the United States. People who know Dzhokhar are shocked that he would be involved in such a bad situation.

“There was nothing in his character, in his comportment, in his demeanor that said he would be capable of doing this,” former wrestling coach Larry Aaronson told CNN.

The manhunt for Dzhokhar continues.