Abigail wakes from her coma and is able to help the FBI find another victim. But, who is the real killer? Is it Garret, Hannibal or Abigail? 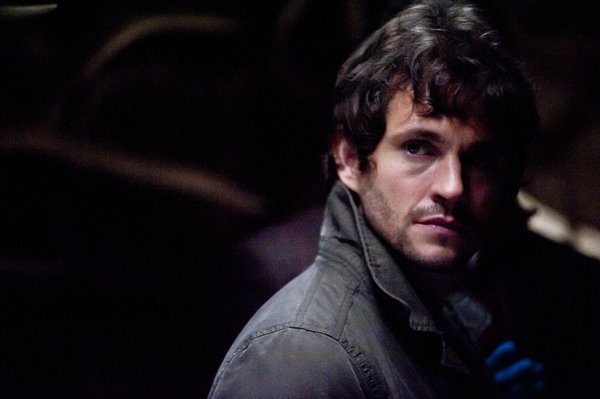 Hannibal upped the creepiness factor tonight by showing a flashback of Abigail and her father, Garret (Vladimir Jon Cubrt), hunting for deer. Sure, this is something a lot of families do together, but knowing that this family also murders together makes it seem just a tad bit… dysfunctional.

After the disturbing flashback where Garret pressures Abigail to disembowel a deer, she finally wakes up from a coma in the hospital. Will (Hugh Dancy) is called in to investigate further since everyone thinks the young lady was used as bait to capture her father’s victims. But, Will has an unhealthy relationship with her. He feels like he orphaned her and wants to save her like she’s one of his rescue dogs. But, she may be a murderer. At the very least, she’s a girl and not a loving future companion to save. These “emotions” are probably his biggest flaw working for the FBI.

Freddie Lounds (Lara Jean Chorostecki), that awful journalist, was at her worst again. She went behind the FBI’s back to harass… I mean, question, Abigail to get more details about her father’s murderous rampage. The girl still has sleep in her eyes and knife wounds on her throat. Give her a second! Will and Hannibal Lecter (Mads Mikkelsen) show up to save the day, but it’s quite possible Hannibal will be having Freddie for dinner in the future. At least we can all hope.

Abigail winds up getting out of the hospital and leading the FBI to her father’s cabin so they can find some clues. Blood dripping on Abigail’s head was a clear sign of another victim hiding on the roof. Gross. But, this wasn’t her father’s victim. It was the “copycat’s” (a.k.a Hannibal). Worse yet, it was Abigail’s good friend.

If things aren’t interesting enough for you yet, Abigail then suddenly stabs a suspect in the gut! Again, Hannibal is more than happy to come to her rescue by offering to hide the body. Not very doctorly behavior, now is it? In the end, Abigail confronts Hannibal about tipping off her father and about being a serial killer. They even agree to keep each other’s secrets.

Are we witnessing the birth of a beautiful friendship or will this end dangerously for Abigail?