We haven’t seen the last of George Lopez. The multitalented comedian is returning to cable and is developing a new sitcom set to air on FX. 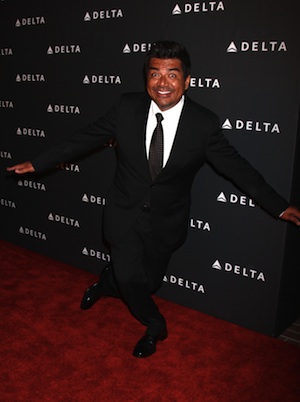 George Lopez is a man of many talents. After some downtime, the comedian, actor, writer and host is now ready for his next challenge. He is returning to television, and he has joined forces with the FX cable network to bring his latest project to life.

According to DigitalSpy, FX has ordered 10 episodes of a half-hour comedy called Saint George. “I’m excited about my new show, [and] couldn’t think of a better group of people or better place to create than FX,” said Lopez in a statement.

The network and Lopez have a deal that mirrors the one given to Charlie Sheen (Anger Management). FX plans to order an additional 90 episodes during the series’ run. That’s no easy feat. It puts extra pressure on the talent and executives to produce lots of quality material.

“The 10/90 model requires a unique individual who has the ability to pull off this kind of daunting schedule,” added FX executive vice president Chuck Saftler. “George is that guy, and we couldn’t be happier that he chose FX as the home for his new project.”

Before Saint George, Lopez hosted his own late night talk show called Lopez Tonight. It aired on TBS from 2009 to 2011. Before that, he was the star of a self-titled sitcom on ABC. It had a healthy run for five seasons (2002-2007).

Production on Saint George is scheduled to begin in August. A series premiere date has yet to be set.

Are you excited about George Lopez’s return to TV?