It’s Stress Awareness Month, and what better way to relax than with a good book?

Fly Away by Kristin Hannah 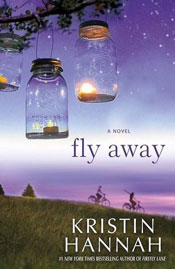 This novel about love, motherhood and new beginnings is the perfect escape.

It’s hard to believe it’s already been five years since Kristin Hannah wrote her New York Times best-selling novel Firefly Lane, about a lifelong friendship between Tully and Kate. This month, curl up with Hannah’s highly anticipated follow-up novel, Fly Away, the story of what happens to Tully after Kate, her best friend, passes away. Tully promised to be there for Kate’s children, but in truth, she knows nothing about being a mother.

Sixteen-year-old Marah is devestated by her mom’s death, and her father, Johnny, is trying everything he can to hold the family together. Tully’s mother, Dorothy, also reappears to help her, despite their complicated past. And together these women set out on a powerful journey that will remind you there is always hope.

The Mermaid of Brooklyn by Amy Shearn 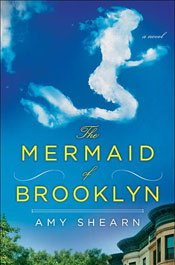 This charming and quirky modern-day fairtytale is a must-read for anyone who needs to relax!

Amy Shearn’s fresh narrative will be just what the doctor ordered this month. You’ll love losing yourself in this story of Jenny Lipkin, a Brooklyn mom raising two children in a cramped walk-up. The former up-and-coming magazine editor thinks her biggest problems are trying to navigate motherhood and a sweltering summer in New York City. But when her husband goes missing, she reaches a breaking point and makes a decision that will change her life forever.

And where does the mermaid come into play, you ask? Well Jenny contemplates suicide but accidentally falls off the Brooklyn Bridge, where she meets a mermaid who saves her life but also possesses her — making things even more complicated. Pulled from the brink by an unexpected ally, Jenny is forced to reconsider her ideas about success, motherhood, romance and relationships. As Jenny straddles the magical world and the real one, she must now rethink everything.

And Then I Found You by Patti Callahan Henry 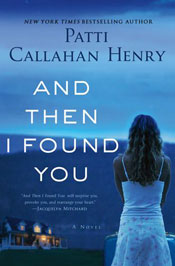 This book about secrets will suck you in from page one and make you forget about any stress you’re feeling in your own life.

And Then I Found You is the story of Kate, who has a secret. She’s not dealing with it because she is, in fact, thriving in her life. Her business is doing well, she has a great relationship with her family and she has a boyfriend she loves So why, then, does she panic when she finds the velvet box in his drawer? Because of the secret, the one she pushes down but that ultimately resurfaces despite her efforts to forget it. She knows she must confront her past before she can fully love. But can she? Will she be able to go back to the place where it all began, to the one who shares her secret?