What’s causing Dick Van Dyke’s health to worsen? Because the actor can’t get a diagnosis from doctors, he’s turned to the internet at large for help. 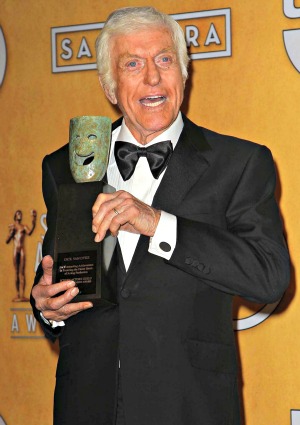 Calling all internet doctors! Dick Van Dyke is on the hunt for an answer to what is causing him a tremendous amount of pain.

Reaching out on Twitter, the 87-year-old wrote Wednesday, “My head bangs every time I lay down.”

The upsetting message appears to be a bit of a last-straw attempt to find some relief. Van Dyke went on to note, “I’ve had every test come back that I’m perfectly healthy. Anybody got any ideas?”

Ask, and you shall receive!

Responding to one fan who suggested an overnight sleep study, he replied, “I’ve already done that. The only thing they discovered is that I don’t snore.”

To another, he commented, “I’ve already had a spinal tap. It showed nothing.”

Noting he has “very low blood pressure,” Dick Van Dyke also shared, “It has been going on for 7 years. I’ve had every test you can think of (CAT Scan, MRI, Spinal tap etc) Any advice?”

A rep for the Diagnosis Murder star confirmed to Entertainment Tonight that the mystery illness has caused the legendary actor to cancel upcoming appearances due to “fatigue and lack of sleep resulting from symptoms of a yet-to-be-diagnosed neurological disorder.”

Now resting at home on the advice of doctors, Van Dyke continues to engage with those trying to help on Twitter. Fellow television star Tom Bergeron wrote to the octogenarian, “Just read you’re feeling under the weather, Dick. At least this is good weather to be under. Sending best wishes.”

Responding to all who’ve tried to help, Van Dyke said, “Thank you all for your advice!!!”

What’s your best guess based on Dick Van Dyke’s tweets?