Nick Lachey once went on a date with a pre-fame Kim Kardashian — and he wasn’t impressed when she tried to get publicity out of it. 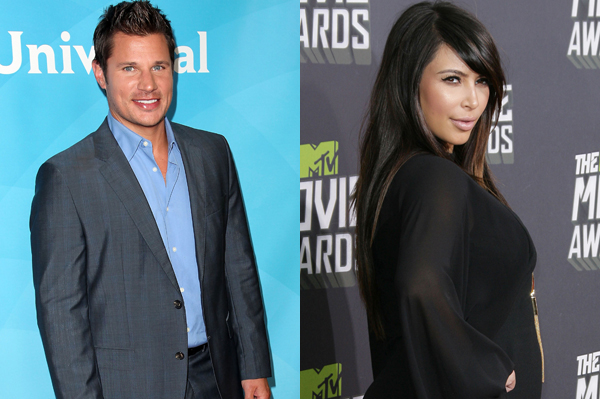 Believe it or not, there once was a time long, long ago — like 2006 — when no one knew anything about Kim Kardashian or her sex tape.

Not to say she wasn’t trying, though. The now-pregnant reality star went out on a few dates with a fresh-off-his-divorce-from-Jessica-Simpson Nick Lachey. Was there mutual interest? Maybe from Lachey, but he told Details that the whole thing seemed like a way to drum up publicity.

“That’s one way to interpret it,” he said when asked if the dates were set up to aid Kardashian’s career. “Let’s just say this: We went to a movie. No one followed us there. Somehow, mysteriously, when we left, there were 30 photographers waiting outside.”

Kardashian played it off like she knew nothing about it.

“It started when I went out on a date with Nick Lachey,” she wrote in 2010’s Kardashian Konfidential of her rise to fame. “Of course the paparazzi took pictures, because people were curious about who he was with.”

Lachey — now a married father — looks back on that time with a healthy bit of skepticism about the Armenian beauty’s real intentions.

“There are certain ways to play this game, and some people play it well,” he added.

The 98 Degrees frontman even hinted that he knew about the sex tape before it came out.

“Yeah, well that was already in the can,” Lachey added when asked about the infamous video co-starring Ray J.

Certainly gives more credence to the idea that the whole thing was set up by Kardashian and momager Kris Jenner, doesn’t it?

The Kardashian clan’s nanny tells all in her new book
Is Kim Kardashian piling on the preggo pounds for a payday?
Snooki offers delivery fashion advice to Kim Kardashian