Former 30 Rock star Tina Fey is like that cool and wise older sister we always wanted. In honor of her 43rd birthday, we’ve put together 10 reasons why she’s the best role model for girls.

She’s not afraid of taking on a male-dominated job 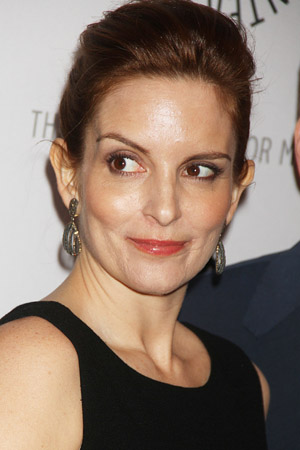 Tina Fey didn’t become the first female head writer at Saturday Night Live by following the pack. She vehemently rejects the notion that “women aren’t funny” — ’cause, well, we are — and tells girls to follow their dreams, glass ceiling be damned.

“So, my unsolicited advice to women in the workplace is this,” she writes in her New York Times best-selling book Bossypants. “When faced with sexism, or ageism, or lookism, or even really aggressive Buddhism, ask yourself the following question: ‘Is this person in between me and what I want to do?’ If the answer is no, ignore it and move on. Your energy is better used doing your work and outpacing people that way. Then, when you’re in charge, don’t hire the people who were jerky to you.”

Also, she thinks it’s OK for women to use their femininity as an advantage — to a point.
“I find that, if it’s genuine, if something is so frustrating that you cry, that actually often scares the s**t out of people,” Fey told James Lipton recently on Inside the Actors Studio.

Tina Fey as next year’s Oscars host? Nuh-uh, she says >>

She doesn’t think other women are her competition 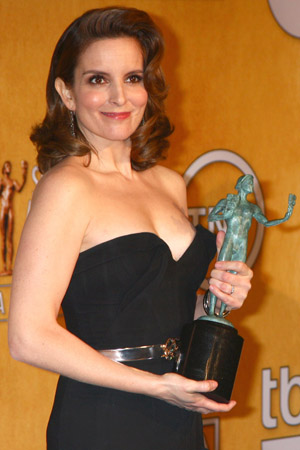 It would have been easy for Fey to think of her fellow SNL alum, Amy Poehler, as her competition. Instead, they became BFFs.

“People are going to try to trick you. To make you feel that you are in competition with one another,” she writes in Bossypants. “‘You’re up for a promotion. If they go with a woman, it’ll be between you and Barbara.'”

She doesn’t use her sexuality to get ahead 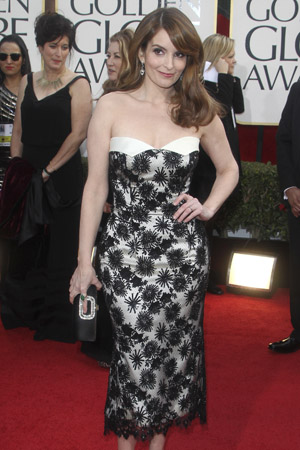 Girls are taught to use their sex appeal to get ahead. Fey doesn’t believe in that and says women don’t have to accept the whole notion that they have to “sleep to the top.”

“Comedy skill is not sexually transmittable. You do not have to sleep with a comedian to learn what you’re doing,” she writes in Bossypants. “Male comedians will not like that advice, but it is the truth.”

She tells haters to move to the left 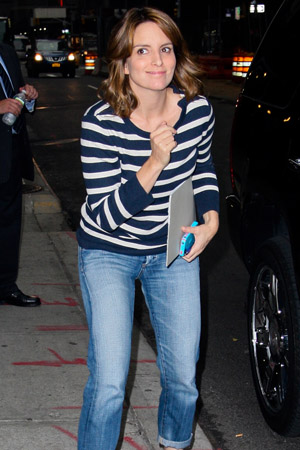 Someone doesn’t like you? That’s a good thing, according to Fey.

“Do your thing and don’t care if they like it,” she writes.

She doesn’t think women have to torture themselves 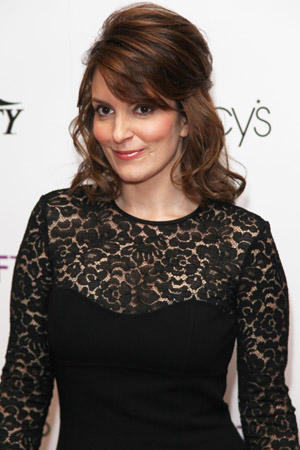 “Don’t eat diet food in front of other people. Don’t eat like a Lean Cuisine. It weakens you. Eat it privately,” she writes.

OK, this can be interpreted in a variety of ways. But basically, she’s telling women to go ahead and eat that damn cookie.

She shows that women can have it all… kinda 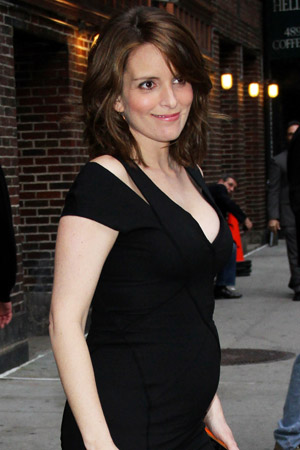 Fey went back to work just five weeks after giving birth to her first daughter, Alice. She’s shown girls that it’s possible to have a successful career and a happy home life. However, she doesn’t pretend it’s not difficult.

“NBC has me under contract,” she said of going back to work so soon. “The baby and I have only a verbal agreement.”

She calls people out when it’s appropriate 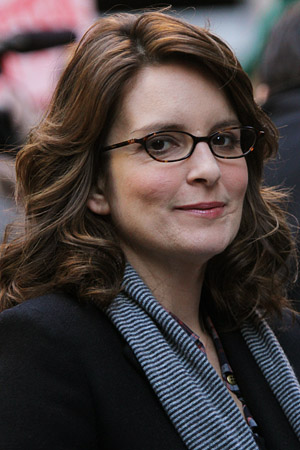 Taylor Swift wasn’t too impressed when Fey and Poehler made a slight joke about her love life during the 2013 Golden Globes. She later called them out for it in a Vanity Fair interview.

“I did not see that one coming. It was a joke. It was a lighthearted joke,” she told Entertainment Tonight. “It’s a shame that she didn’t take it in the kind of crazy aunt spirit it was intended.”

She doesn’t think beauty is everything 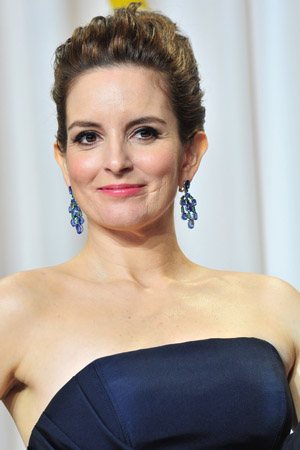 Fey is one gorgeous woman, but beauty fades — and women better have something underneath all that pretty to show for it.

“If you retain nothing else, always remember the most important rule of beauty, which is: who cares?” she writes in Bossypants. 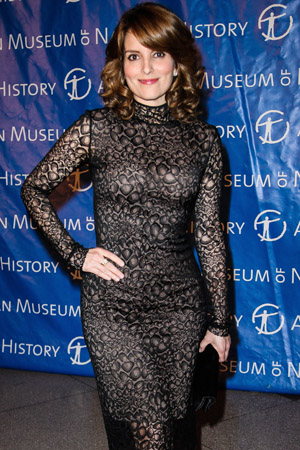 You know how some celebrities are just “too cool for the room” and their opinions about everything matter? Fey doesn’t feel that way.

“It is an impressively arrogant move to conclude that just because you don’t like something, it is empirically not good. I don’t like Chinese food, but I don’t write articles trying to prove it doesn’t exist,” she writes.

She’s just the epitome of cool 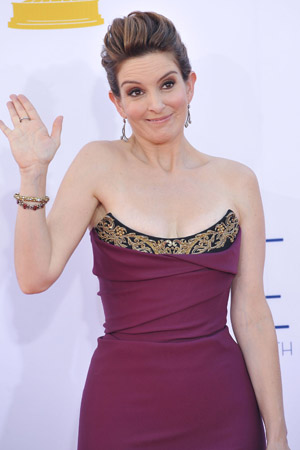 Happy Birthday, Tina! We hope we’re half as cool as you someday.