ABC is ducking away from controversy by postponing next week’s bomb-themed episode of Castle. 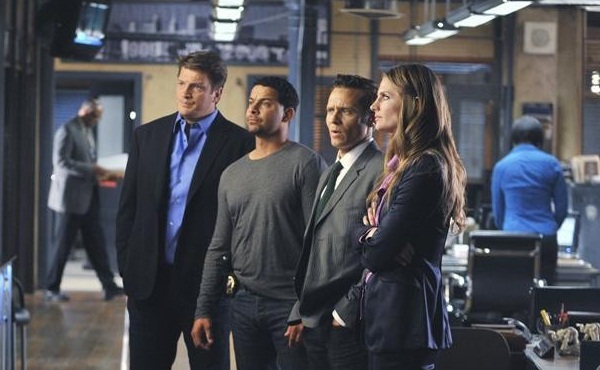 ABC’s awesome detective/writer comedy, Castle, was all set to air on Monday, just a week after the horrific Boston Marathon bombings. But the episode, which featured a bomb, has been postponed in an effort to be sensitive during our country’s rough week.

Runners in shock after marathon bombing >>

Just how explosive was the episode? The entire show centers on the efforts of Kate Beckett’s team working to deactivate a bomb after Beckett accidentally steps on a detonator and begins a countdown to the boom.

Stana Katic, the beautiful actress who plays Kate Beckett, confirmed the schedule change on her Twitter account. “Yes. Out of respect. Please note that the chronology will be off,” Katic tweeted.

Who knew Castle had a singer amidst its cast? >>

It’s been an awful week for Americans. The two bombs that went off during the Boston Marathon shook the country to its core. ABC is afraid that airing the episode too soon will not only cause controversy, but be perceived as insensitive. The network is also doing its best to give Americans a chance to digest and recover from the horrific events.

The episode, entitled “Still,” has been pushed back to air on April 29. The episode originally planned to air on that date has been bumped up to this coming week.

This isn’t the first scheduling change we’ve seen in the wake of the bombing. Earlier this week, Fox pulled an episode of Family Guy from its various video channels. The episode originally ran in March and featured the obnoxious Peter Griffin winning the Boston Marathon. Later in the episode there’s a terrorist bombing in an unrelated event.

What’s next for Castle and Kate? >>

It sounds like Castle might be the last of the schedule disruptions, but only time will tell. We applaud ABC for its decision to slightly disrupt the show’s timeline in an effort to let Americans heal.