It’s a never-ending quest for whodunit. 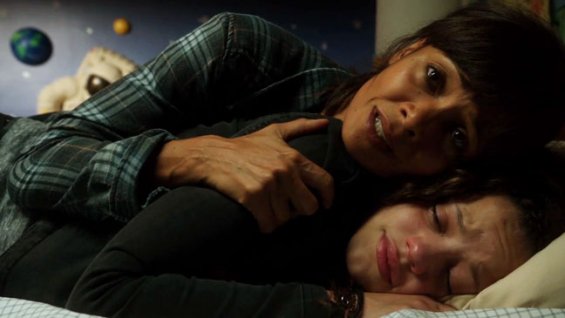 Just when Grace (Thandie Newton) thought she had a lead on her son Sam’s death, everything went up in (gun) smoke. Here’s where we stand on the hunt to find Sam’s killer and where the latest episode, “Sweet and Sour,” left off:

Charlie — Tonight we found out a few very important things about Jimmy’s right-hand man. 1) He’s almost definitely involved in Jimmy’s missing $25 million. How else could he afford to pay for all of his wife’s medical supplies after the insurance dropped them? He even told her Jimmy gave them the money. 2) He was also officially tied to Sam’s murder. Moments before Sam was killed, Charlie got a blank text from someone who was right outside Sam’s school. Uh oh. 3) Whatever he did was definitely bad. We saw Charlie for the last time — bloody and shot in his armchair in the den. But was it self-inflicted or a murder? I couldn’t quite tell!

Alec — He may be eye candy, but he definitely isn’t a sweetheart. Those severed heads he offered up to the Lees last week? This week, the police found their bodies hanging out at a bus stop. Gross. Everyone was pissed about how he handled things and he didn’t seem to care. Looks like Grace isn’t the only one “going rogue.”

Max — Jimmy’s youngest kid, Max is far from trustworthy (even if his eyes seem to say otherwise). This week we saw him try to wine and dine Grace. Is he really looking out for his father… or is he looking after something else? Maybe it’s related to that stack of notes written in Chinese we saw him browsing through while in his office? I originally had him made for a good boy, but now I’m just not sure.

Hernandez — Something is definitely not right here. It’s already been established there’s a mole in the police department. Last week she got territorial about the case against Jimmy Laszlo. This week, after finding two headless teenagers in the middle of town, she’s been accused of backing off. What is she trying to avoid finding?

Grace — OK. Grace didn’t kill her own son, I know. However, throughout the show we’ve seen her deal with guilt. If she’d chosen a less dangerous line of work, would her baby boy still be alive? While we can’t really blame her for Sam’s slaying, he can certainly shame her a little for how she’s treated the rest of her family in the aftermath. When Max took Grace out to eat, she quickly ditched him to address an important phone call. That phone call? Her daughter, Evie, punched one of the adults at school. Grace’s reaction was to tell the woman she probably deserved it for being so overly concerned with her daughter. Then, after a quick cuddle in Sam’s bed, she was off again.

The cast of Rogue talks: Revenge >>

In the end, Jimmy and Grace are no closer to reaching their goals. Charlie was obviously involved in Sam’s death and Jimmy’s missing millions. But how can they get more info now that Charlie is dead? We’ll just have to keep watching to find out!