We see more Da Vinci’s Demons in your future. The freshman series has been picked up for a second season. It looks like Starz is sticking with the genre-bending drama. 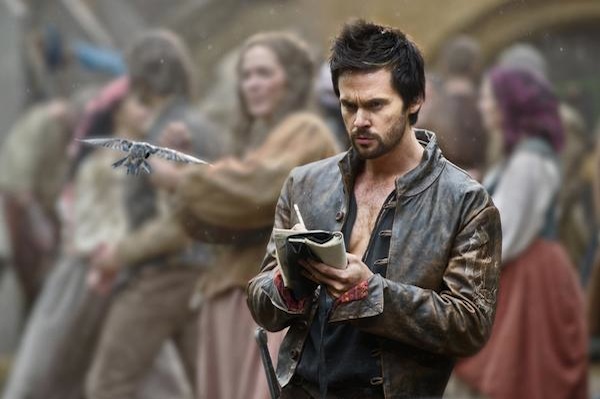 Starz has another hit on it hands with the new series Da Vinci’s Demons. The network is so impressed with its debut that it has renewed the show for a second season.

Wednesday, Starz Chief Executive Officer Chris Albrecht broke the news. “Da Vinci’s Demons serves up action, adventure and history in a unique and highly entertaining way that only someone like David S. Goyer can,” he said. “The first season premiered to strong audience engagement and we are excited to bring the next chapter of Leonardo da Vinci’s adventures to audiences around the world.”

Da Vinci’s Demons is Goyer’s brainchild. He serves as the showrunner and directed the season’s first two episodes. “I’m excited that we get to continue the adventures of the world’s most eccentric and glorious polymath. Long live Leonardo and thanks to Starz for helping to make it happen,” he exclaimed.

The show centers on 25-year-old Leonardo da Vinci as an artist, inventor, swordsman, lover, dreamer and idealist. It mixes fantasy, science and reality as he harnesses his psychic abilities. He’s definitely before his time and struggles with the confines of society.