The Biebs got a lot of hate mail after making what he thought was an innocent comment about a Holocaust victim. But some unlikely people have showed their support for him. 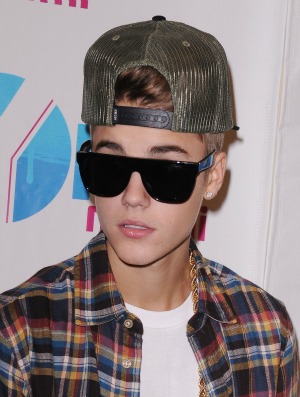 Justin Bieber started a controversy over the weekend when he visited the Anne Frank House in Amsterdam and left a note that many found offensive, to say the least.

Justin Bieber: “I know who I am and I’m very much in control” >>

“Truly inspiring to be able to come here,” Bieber wrote in the guest book at the house. “Anne was a great girl. Hopefully she would have been a belieber.”

The world of social media was not especially nice to Bieber for his comment. But he found himself with an unlikely supporter: rapper 50 Cent.

“She probably would have been [a Belieber],” 50 Cent told Vulture magazine, according to New York Daily News.

The rapper even seemed like he may be a fan of Bieber’s, comparing him to the likes of Michael Jackson.

“He can be one of those guys who can eventually transition like that,” he said.

Or maybe he is just trying to get asked to go on tour with the 19-year-old pop star?

The museum wasn’t upset either, and just seemed happy Bieber came to visit.

“The Anne Frank House was pleased to welcome Justin Bieber to the Anne Frank House last Friday,” the museum said in a statement, according to Spin magazine. “We think it is very positive that he took the time and effort to visit our museum. He was very interested in the story of Anne Frank and stayed for over an hour. We hope that his visit will inspire his fans to learn more about her life and hopefully read the diary.”

They added that Bieber can’t be faulted for what he left in a message, mostly because of his age.

“He’s a 19-year-old boy taking the effort to come and see the museum, and we’d like to point that out, and I think it’s quite innocent what he put down,” the statement added.

Meanwhile, Beliebers worldwide also came under fire after Bieber’s posting because many of them had to use Google to find out who Anne Frank was. She became the number one search on Google after Bieber’s controversy hit the news.

According to CNN, the Bieber camp is keeping quiet about the most recent of all his recent problems.