This summer, Ryan Reynolds and Jeff Bridges are joining forces. In R.I.P.D., they’re the only thing standing between the dead and the living. Here’s the first trailer for their ghoulish comic book movie. 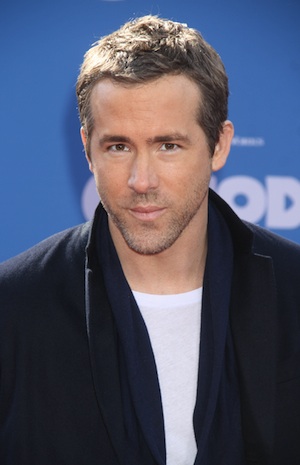 Universal Pictures has released the first trailer for R.I.P.D. It’s a supernatural action flick starring Ryan Reynolds and Oscar winner Jeff Bridges. Judging from the footage, nothing in this movie is as it seems.

R.I.P.D. is based on the comic book Rest in Peace Department by Peter M. Lenkov and published by Dark Horse Comics. It follows recently deceased cop Nick Walker (Reynolds), as he’s recruited to the R.I.P.D. Walker’s soon partnered with veteran officer Roy Pulsipher (Bridges), who teaches him the ropes.

Jeff Bridges feared being typecast as The Dude >>

Because both men are dead, they no longer appear as their old selves. When dealing with the living, they have avatars that they work through. To the naked eye, Walker is an elderly Asian man, while Pulsipher is a tall blond woman.

There’s a lot of action, laughs and hijinks. It looks as if Reynolds is the straight man while Bridges is hamming it up. There’s a fun and campy quality to his performance. The trailer doesn’t reveal much about the film’s big bad guy, which is O.K. You don’t want to show too much, too soon,

The film opens in theaters July 19.

What do you think of the first trailer for R.I.P.D.?