Sharon Osbourne’s newly released 911 call from a January house fire is raising a few eyebrows. Was she covering for Ozzy’s drug and alcohol issues? 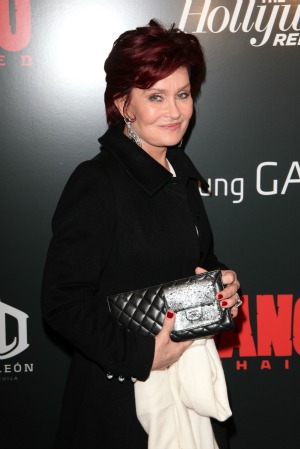 The Osbourne family has been in the news a lot the past 12 months. Each member of has had their own health scare to deal with. Jack was diagnosed with multiple sclerosis, Sharon underwent a double mastectomy and Kelly dealt with a scary seizure while on the set of her E! show, Fashion Police.

The latest health issue involves patriarch Ozzy and his relapse with drugs and alcohol. Even though he is more than 44 days sober, he still has a long way to go to earn his wife’s trust again. The two are living separately while Ozzy gets his life together.

But it seems like there were hints of trouble earlier in the year when firemen were called to the Osbourne house to assist with a fire started by an unattended candle. TMZ obtained the tape of the 911 call Sharon made in January.

An incoherent Ozzy is heard in the background of the call, leading many to speculate that it was the under-the-influence rocker who started the fire. At the time, Sharon told TMZ that she was responsible for leaving the candle lit. Could the daytime talk show host be covering for her husband?

Even though Sharon claimed Ozzy put out the fire, she wanted the fire department there to make sure the flame was extinguished properly. It is unknown whether the story she told publicly on The Talk is the truth or if it was a cover up to keep Ozzy’s addiction under wraps.

As for the house, the Osbournes actually sold their Hidden Hills, Calif., home to another celebrity, Jessica Simpson. She was looking for a bigger home for her growing family because she is due with a baby boy at the end of the month.

Now, let’s hope the Osbournes are done with health scares and candles for the rest of 2013.