Just a day before the Boston Marathon bombing, actor Matt Damon reminisced about one of his favorite hometown sporting events. 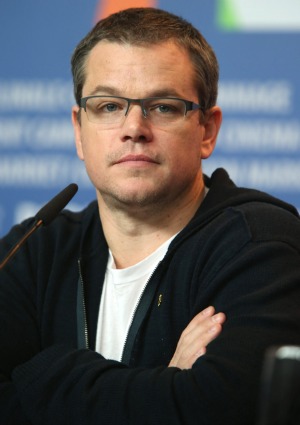 Matt Damon is the ultimate Boston sports fanatic. As a Beantown native he was a regular at Fenway and the Boston Garden, and even watched his own dad compete in the Boston Marathon.

Just a day before the horrific bombings changed the face of the competition forever, Damon published an essay from the book The B.A.A. at 125: The Official History of the Boston Athletic Association in the Boston Globe about his memories of the race and why it is such an important cultural event for the city.

“On the third Monday in April, Comm. Ave. transforms into a sporting spectacle like no other, overwrought with nerves and excitement as enervated runners from around the world confront the historic Heartbreak Hill(s),” he wrote. “I’ll never forget standing there in the crowd with my brother, Kyle, as we looked first for Bill Rodgers, and then, in the very same race as some of the most talented runners on earth, our smiling (and grimacing) 40-year-old dad.”

“…The word ‘Boston’ is itself a hallmark in the international running community, forging a bond by the very sound of it between all who count themselves among its ranks and those who aspire to them. The strict qualifying standards, originally implemented to thin the growing field, ironically, today only enhance the race’s appeal to people whose primary motivation in running is not medals. Now many run for a slimmer waistline, a healthier lifestyle, or simply the challenge of completing 26.2 miles.”

“These people are champions, too.”

“…In the early days of the Boston Athletic Association, amateurism was a big deal,” he continued. “To be a professional was looked down upon; you were supposed to compete for the pure love of sport. We don’t have such a stigma today?—?we welcome the elite runners from Africa, Asia, Europe, as well as the United States, and don’t begrudge them their well-earned paydays. But we do see a different and perhaps even nobler spirit at work, as more and more participants at BAA events are raising money for worthy causes. My brother and I are proud to be part of that trend, as we have runners from our foundation TEAM.Water.org out on the roads of Boston alongside all the charities and foundations represented.”

“These people are doing something good for themselves?—?and for others. How great is that?”

The actor’s remarks about “nobler spirits” and “people doing good” are even more poignant in the face of images of runners, rescue workers and spectators rushing toward the explosions to help the victims, saving lives while risking their own.

Sadly, Damon had to issue a very different sort of statement shortly after his piece was published.

“My heart goes out to the people of the city of Boston,” he told Entertainment Weekly. “My thoughts and prayers are with the families who lost loved ones in such a senseless and heartless way.”