Richard LeParmentier, an original Star Wars actor whose near-demise at the hands of Darth Vader became one of the most-quoted lines of the franchise, is dead at 66. 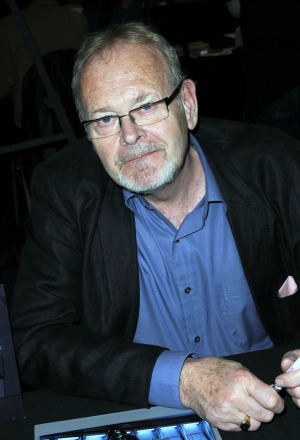 Don’t mock the Jedi warrior ways — that’s a lesson that Richard LeParmentier’s Star Wars character learned the hard way. In one of the most famous scenes from the iconic science fiction franchise, LeParmentier’s Admiral Motti makes fun of the dark lord for his “sad devotion to that ancient Jedi religion.”

Vader responds by choking the Admiral using nothing more than The Force, while saying coldly, “I find your lack of faith disturbing.”

Sadly, the character actor has passed away suddenly after a long career often overshadowed by that long-ago role. He was 66 years old.

LeParmentier appeared in more than 50 movies and television shows including Who Framed Roger Rabbit, Superman II, Octopussy, The Professionals, Hazell, Rollerball and Stardust, and was a screenwriter for multiple British TV series.

But the actor will always be remembered for his brief yet striking Star Wars role.

“He absolutely loved traveling the world and meeting his friends and fellow Stars Wars fans, whose tributes have given us all the best lines in this message,” LeParmentier’s family said in a statement.

“He was no respecter of convention, except comic conventions.”

“Every time we find someone’s lack of faith disturbing, we’ll think of him,” they said.

Watch Richard LeParmentier get choked out by The Force: