The perfect appetizer for blockbuster season has arrived! 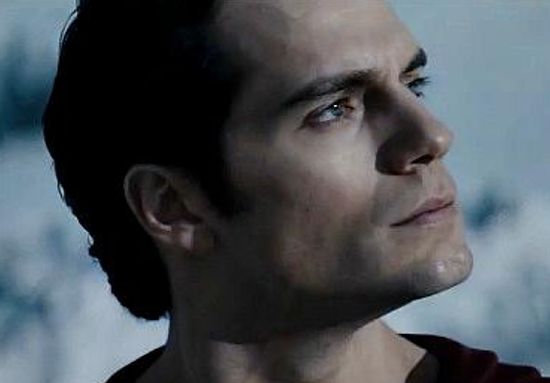 Just when we thought our anticipation for the newest Superman flick couldn’t be greater.

The storyline follows the iconic character as a young boy and later as a man struggling to find the purpose behind his extraordinary powers.

Now the third trailer for the film has arrived!

It’s more emblematic of director Zack Snyder’s filmmaking style than previous promos and showcases Kent’s father (Russell Crowe)  and his stepfather (Kevin Costner). It also sheds light on the superhero’s dark side as he comes to grips with the fact that he isn’t like everyone else.

Refreshingly, we’re treated to a few seconds of humor at the conclusion of the trailer.

Man of Steel marks the first film adaptation of the comic book since 2006, when Bryan Singer’s Superman Returns hit theaters. As we’ve seen in the previews, it’s more grounded in realism than previous installments of the franchise.

The film is sure to make Cavill, who is a star in his own right, a household name. The 29-year-old rose to fame after appearing on the Showtime series The Tudors and the 2011 fantasy Immortals.

Henry Cavill reveals the secret to his superhero physique >>

Synder established himself as an unmistakable visionary with films like 300 and The Watchmen. Unfortunately, he lost some of his luster when his 2011 release Sucker Punch not only earned him some of the worst reviews of his career but proved to be a massive flop.

Synder established himself as an unmistakable visionary with films like 300 and Watchmen. Unfortunately, he lost some of his luster when his 2011 release Sucker Punch not only earned him some of the worst reviews of his career but also proved to be a massive flop.

It remains to be seen whether Man of Steel will restore his reputation, but based on the trailer, the odds seem to be in his favor.

Man of Steel flies into theaters on June 14.