We’re freaking out on this juicy gossip! Is Friends returning to television? 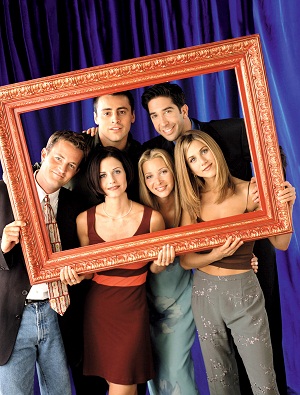 2013 is paging the ’90s. All we want is some decent theme music, our friends and a time slot. If the rumors were true, that’s exactly what we’d get.

Rumor had it: Friends was returning!

Now, it seems like every year a new rumor kicks up about a reunion and most times they prove untrue. First there’s going to be a reunion episode and then a Thanksgiving special, maybe Oprah will interview them or they’ll all show up on the set of New Girl (another show about wacky roommates and friends).

As much as we wanted to believe that this time the rumors were true, NBC representative Rebecca Marks exclusively told us that Friends returning for a new season “is a rumor and not true.”

Are Jen and Courteney still BFFs? >>

OK, we know how you feel. We needed Friends again so bad! But there were flaws in the initial reports. We scoured the internet for a press release or an official quote from someone reputable and found nothing of the sort. Hence, we emailed the NBC reps we work with for all our other awesome NBC-related scoops, and our suspicions were confirmed. There’s no chance we’ll be recording a new Friends season on our DVR.

We can deliver the TV rumors right to your inbox. Just sign up for our newsletter! >>

While we won’t see the gang all together once again, we can still watch Courteney Cox on Cougar Town, Matthew Perry on Go On, and keep a look out for Jennifer Aniston to walk down the aisle and marry Justin Theroux. And why lose hope? We’re still crossing our fingers that Friends will be back one day. If Boy Meets World can get a spin-off, why can’t they?!