Michael Rooker is space-bound. The Walking Dead alum has joined the cast of Marvel’s Guardians of the Galaxy. The actor has a pivotal role in the upcoming superhero film. 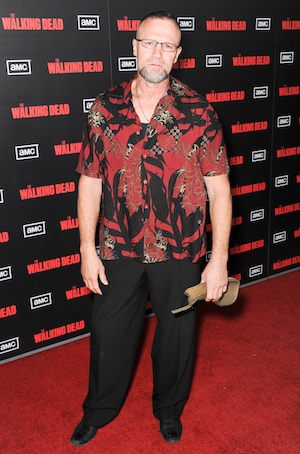 Michael Rooker is best known for his role as Merle Dixon on The Walking Dead. After season three, he’s moved on to bigger and better things, scoring a part in Marvel’s Guardians of the Galaxy.

Guardians is one of the studio’s most anticipated releases for 2014. Following The Avengers, the film takes viewers deeper into space. That’s evident by the inclusion of Rooker’s character, who’s part of the team’s origin.

According to Deadline, Rooker will play Yondu, one of the founders of the Guardians of the Galaxy. “In Marvel lore [he] was a game hunter of a primitive tribe native to Centauri IV, the first planet system to be colonized outside of the Sun’s solar system.”

Marvel casts WWE wrestler in Guardians of the Galaxy >>

The superhero team currently consists of Chris Pratt (Parks and Recreation, Zero Dark Thirty) as Star-Lord/Peter Quill, Dave Bautista (WWE, The Man with the Iron Fists) as Drax the Destroyer and Zoe Saldana (Star Trek Into Darkness) as Gamora. Other yet-to-be-cast members include weapons specialist Rocket Raccoon and Groot (the giant tree-man).

Rooker’s a veteran actor who’s appeared in both film and television. He’s had parts in Days of Thunder, JFK and Mississippi Burning before gaining mass appeal on AMC’s The Walking Dead. Guardians of the Galaxy is directed by James Gunn, who previously worked with Rooker on the movies Super and Slither.

What do you think of Rooker’s new role?