Fat Amy and the gang are returning to the big screen! 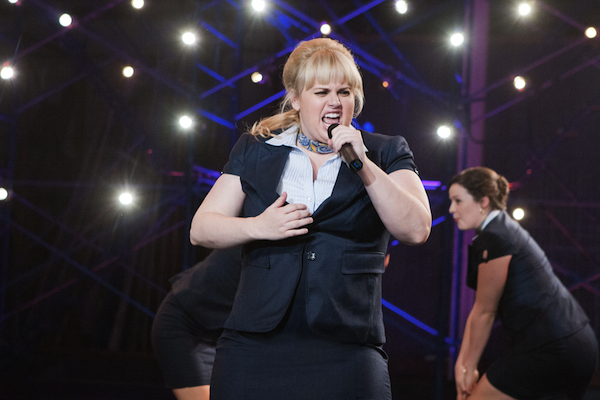 Pitch Perfect fever refuses to break. The comedy, released last year, is still going strong and even continues to garner press. How? It’s that good.

Plus, Universal is keeping the stars pretty busy… especially last weekend. First, most of the actresses from the movie (and some acafellas, too) popped up at the MTV Movie Awards (hosted by the movie’s Rebel Wilson) for one of the most insanely aca-awesome openers ever. Then, the lovely Anna Kendrick (who also starred in the film, but couldn’t make it to the show) released an official video for her cover of Lulu and the Lampshades’ song, “Cups,” which was featured in the movie and was the song that landed her character in The Barden Bellas singing group.

Now, with news of a sequel, the fever is only going to spike. According to SlashFilm.com, the head of Universal Pictures, Adam Fogelson, revealed that the studio plans to have the sequel, Pitch Perfect 2, in theaters in 2015. Considering the amount of commitment the movie’s stars showed over the weekend, it’s safe to assume they’ll all return for the sequel. Yay! You should expect the same great laughs, too, as the original writer, Kay Cannon, is also on board.

2015 is such a long, long way away. We know. We can’t speed up time, and it’s even harder to speed up movie production, so all we can do is give you a few ways to self-medicate your need for the bellas and fellas. Just in case you missed it, here’s the pitch perfect Pitch Perfect opening for the MTV Movie Awards:

For more Rebel Wilson, make sure to add: What to Expect when You’re Expecting, Bridesmaids and Bachelorette to your Netflix queue. And be on the lookout for her next film, Pain and Gain.

Our newsletter has all the latest movie & TV news. Sign up or we’ll pitch-slap you >>

Meanwhile, if you’re in love with Anna Kendrick (and who isn’t?), you have plenty of ways to get your fix. We recommend: The Company You Keep and Drinking Buddies, or the upcoming Get a Job or Rapture-Palooza! If you need something more ins-tune-taneous, though, check out the director’s cut for the newly released “Cups” video.